Anna University boasts of being one of the premier institutes in the country when it comes to academics. But it also has a rich sporting culture. In the words of the Registrar, Prof.Dr.S.Ganesan, "Sports do not build character but they reveal it. To excel in sports it is essential to put in hard work, dedication and determination." "Sports are essential for all to keep fit and healthy. It helps to enhance the health condition and also serves as a good way of burning those extra calories. The character of a person is revealed through sports as it helps to maintain discipline" says the chairman of university sports board, Prof. Dr. D. Arivuoli. We shall now have a look at some of the sports achievements by our own University students in the last academic year.

Men’s Kho-Kho team from AC tech won the zonals. Men’s Hockey team got silver medal and Men’s Hand Ball team got bronze medal in the zonal championship. Badminton team was the runners up in the zonals.

Lakshya Ragavendran, II  B.Arch is national level Squash player. She won a lot of accolades last year both on state and national levels. She got a gold medal in the All India Inter University Games and silver medals in Junior National Squash championship and 35th National Games. She is the winner of Under-19 Indian Junior International Open. She also participated in the World University games 2014 and Wispa international Senior Women tournament. 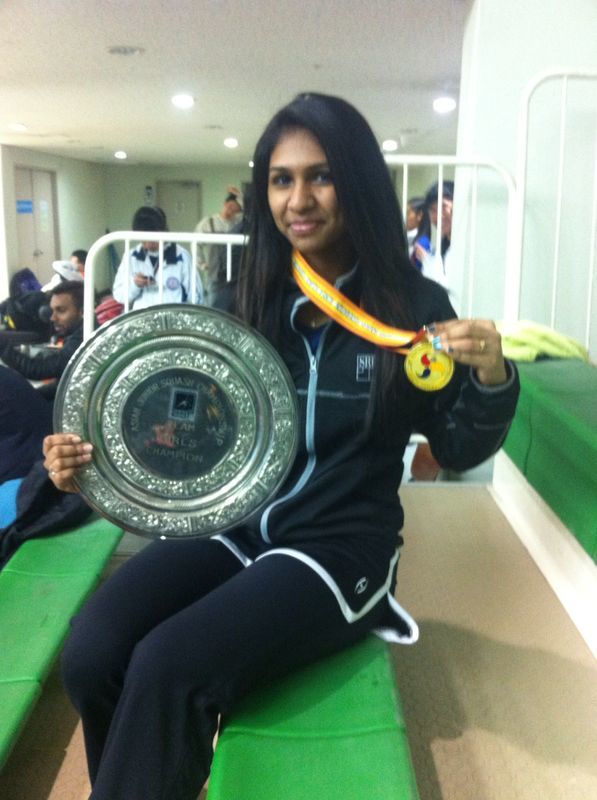 Prof. Dr. M. Rajaram, Vice Chancellor, Anna University in his message says that “Anna University shall strive to be world class institute by producing professionals with high technical knowledge, professional skills and ethical values. Not just that we also aim at the all round development of the students. We encourage the students to play at least one sport to stay fit and healthy. We are also working on improving the sports facilities available in our university.”

*First picture: Divakaran at the heat of the game.