With the 44th FIDE Chess Olympiad in full swing, the whole of Chennai has been abuzz with excitement. City landmarks covered in chessboard patterns, children dressing up as chess pieces, life size cutouts of ‘Thambi’ at every traffic signal— clearly we’re beyond thrilled for this once-in-a-lifetime event.

It is one thing to be in awe of the paraphernalia, but a whole other when you think about the stalwarts that are competing. Interestingly, one of them is an alumnus of our very own college. Her name is PV Nandhidhaa, and this is her story.

Pallathur Venkatachalam Nandhidhaa was born in Sankagiri, Tamilnadu in 1996. Her journey into chess began quite coincidentally. The story goes that her mother couldn’t find her the board game she wanted, so she bought her a chess set instead. Though her initial ventures into the sport weren’t as fruitful, she quickly grew into a skilled player.

In the year 2013, Nandhidhaa joined CEG’s undergraduate program in ECE by topping the sports quota. Unfortunately, due to academic pressure, chess had to take a backseat. She continued to play while studying, but it took her a few years after her graduation to regain momentum. 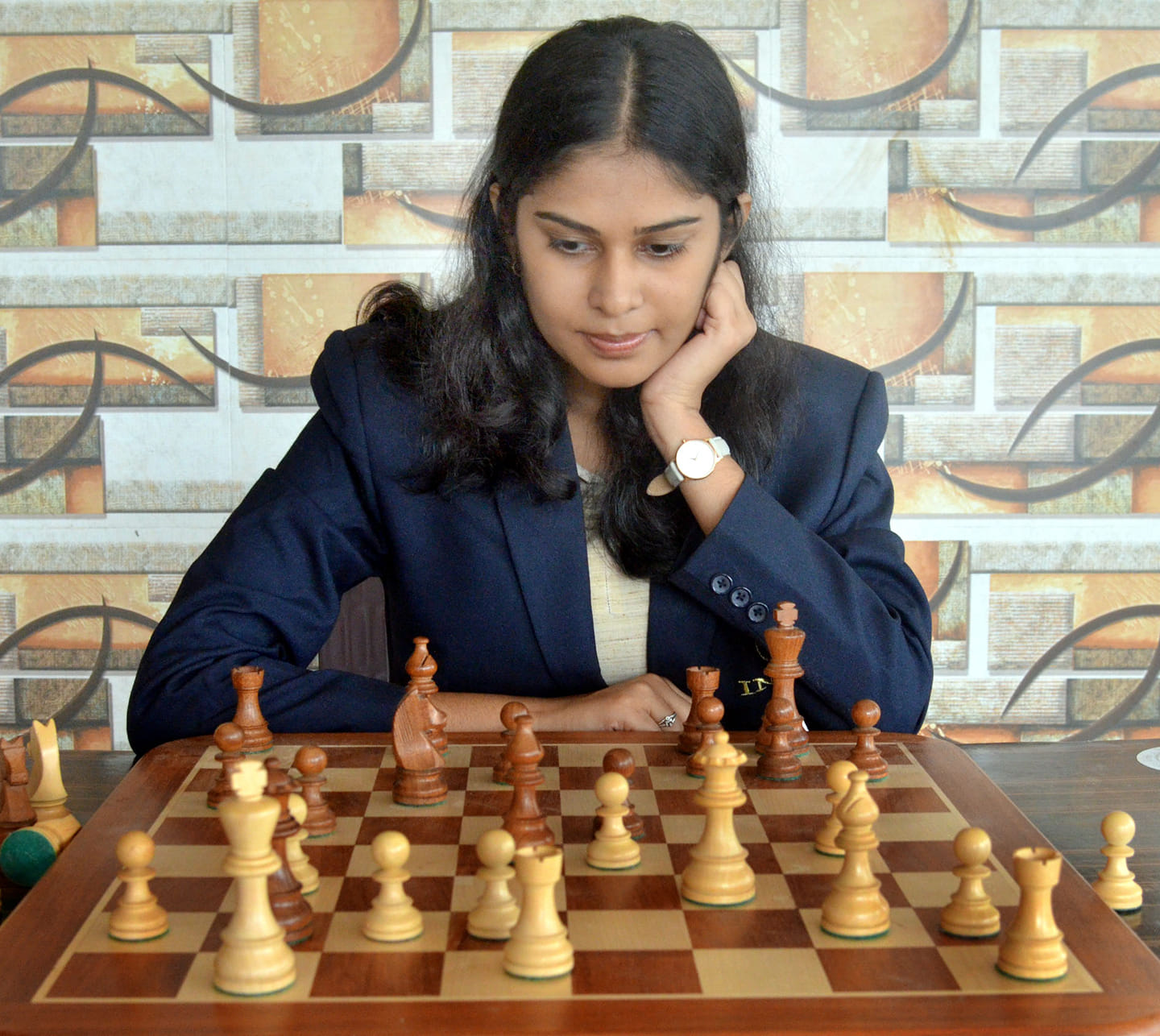 At the time, she had been working on bagging WGM norms, a number of minimum ratings required to obtain the title of ‘Woman Grandmaster’. However, as is common for gifted individuals, she experienced burnout due to a few setbacks along the way. Luckily, in 2019, her career took a turn for the better. At what could have been her last chess tournament (HD Bank, Vietnam), Nandhidhaa won the women’s section and gained an ‘International Master’ norm. Having lowered her expectations after missing the WGM norms, Nandhidhaa prioritized her mental health. This ended up working in her favour, and later that year she became the 17th Woman Grandmaster of India.

In 2020, Nandhidhaa won gold for the Indian team at the Asian Nations Online tournament. That same year, she beat GM Rameshbabu Praggnanandhaa in a classical match at the Gibraltar Chess Festival. In 2021, she was conferred with the title of ‘Outstanding Sportsperson’ by then CM, Hon’ble Edappadi K Palaniswamy. As of March 2022, she is ranked 5th in the nation with an Elo rating of 2380. 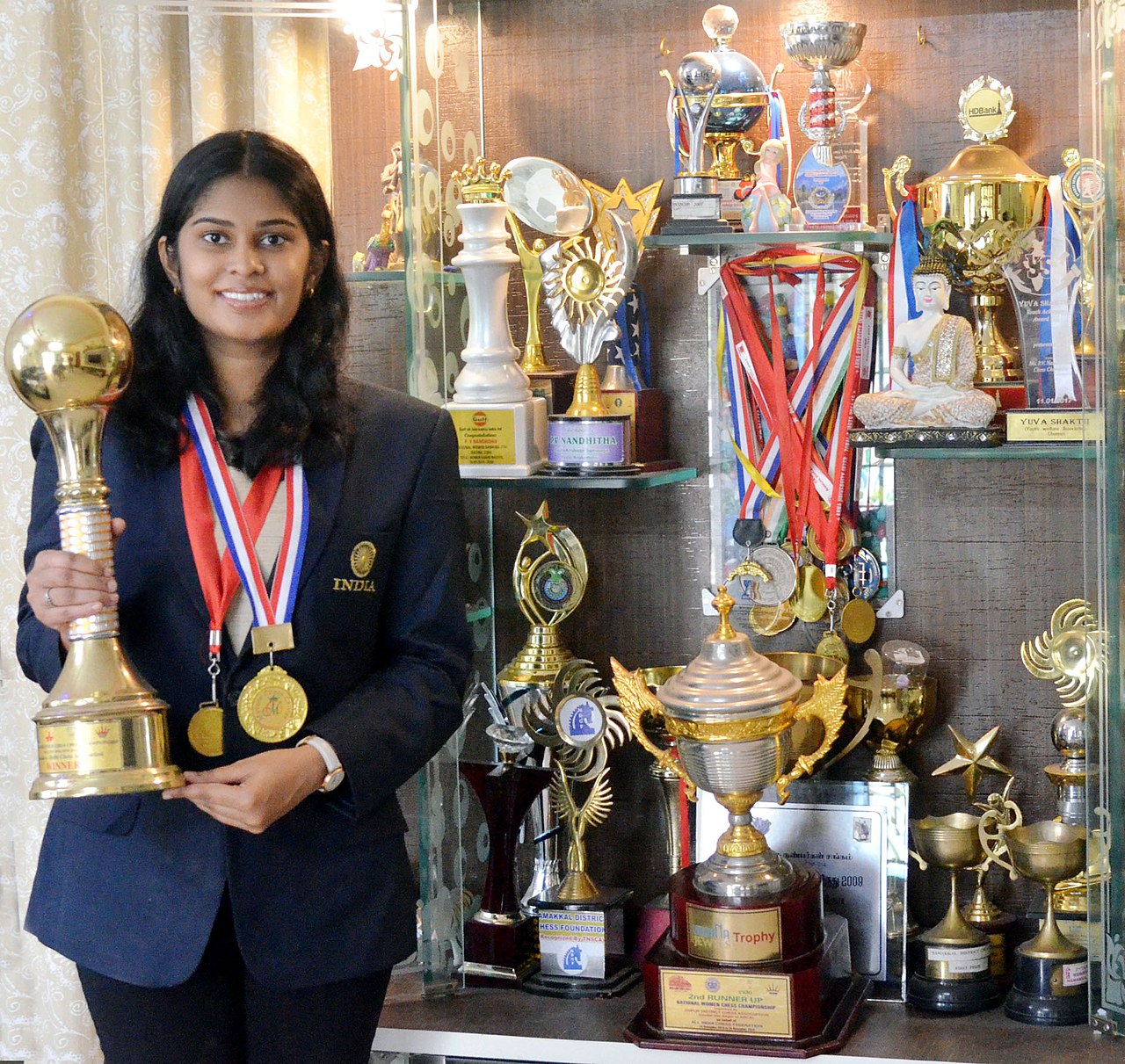 When asked about her inspirations, Nandhidhaa cites her grandmother for having overcome many hardships, and GM Koneru Humpy for skillfully balancing chess and family. She also has an able support system, comprising her parents, her dog, and her husband (and college senior), Major Naveenkumar S.

Nandhidhaa’s participation at the Chess Olympiad this year is a matter of great pride for CEG. It is only her first, yet she has already brought several victories to the Indian women’s team. She recently won matches against Georgia and Brazil and continues to sweep the board with her dynamic playing style.

Overall, Nandhidhaa’s story sheds light on the fact that even the best face their fair share of challenges. Her realistic experience inspires chess-fans and non-fans alike. As fellow students of CEG, we wish her the best for her career and hope she brings many more laurels to the country!