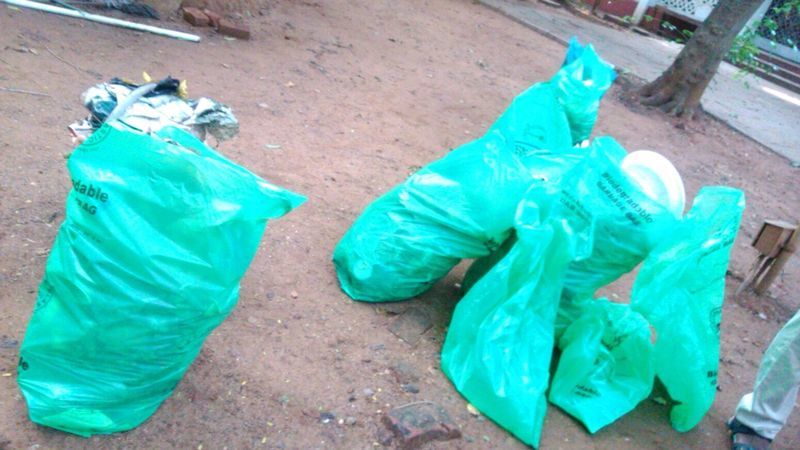 The Students Association and Arts Society (SAAS) of CEG has tasted its first grand success by effectively organizing a week long “one of its kind” initiative. The Rejuvenation Week (September 15 - September 20) was a huge hit among the masses. “We are proud of its success and we will definitely continue taking efforts to make the campus a better place” says Ramya (ECE, Final Year), The Vice President of SAAS and Green Brigade.

Excerpts from the interview.

The idea has been a huge success first of all. Congratulations on behalf of The Guindy Times. How did it all start off?

Thank you. Actually, SAAS has been doing AGNI and TECHOFES which are generally known to everyone. The Students Association part of SAAS is almost neglected and only the Arts Society is in the mindsets of people. We wanted to revive the Students Association. And at the same time we wanted to seed the basic moral of keeping our homes clean, among the students. Our campus is one of the biggest in this city and we, as the students of this institution are responsible to keep the campus tidy.

Definitely it was a first of its kind initiative. The clean-up was the main deal. How did it become a campaign?

Even I was a part of NSS and when I was in the first year they used to conduct clean-ups. But people do not realise that it is done by students. The next day they begin to pollute the place without any idea that it was done by themselves. So the main idea was to create awareness initially and at the end of the week at least people would know that the students have done things and do not feel like polluting the place.

How did it become a week long campaign?

If it was done for one or two days as an awareness program, it could not have reached everyone. Given that the freshers having labs at 11 A.M. and 2 P.M. slots, we would have missed a lot of people. So when we thought we could make it as a week long campaign, as the people who watch it on the first two days would bring their friends on the third day. 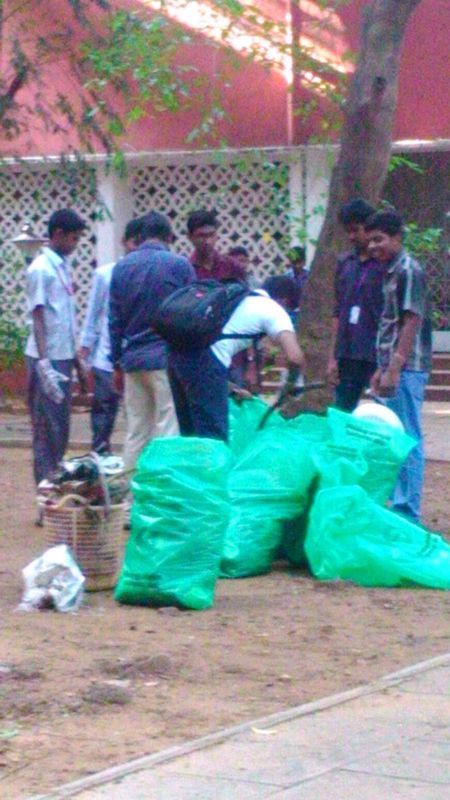 How was the support from the groups you co-ordinated with?

Our main plan was to involve the first years in it. So by approaching NSS, NCC, NSO, we were able to get the freshers participate in the mass campus clean-up. And the same way, if we put it this way, we thought the groups would also have a part in it with the sense of ownership among them.

How was the co-operation from the side of our college authorities?

The Dean of CEG and the staff advisors of the clubs were really co-operative .A special mention to the Dean as he himself was very much interested in this idea. When I submitted the list of places were the dustbins are needed to be kept, he was really very generous to say that he will himself fund for the entire thing.

Organising an event every noon at a hotspot is not easy at all. What was the level of efforts that went in to this?

We had a lot of background work to do like getting the speakers for rent from outside, to check the sound system. The rain issue for two to three days was also a hindrance for a while. Again a special mention to the Estate Officer as he was the one who proposed the idea to barricade the road.

What were the target places cleaned inside the campus?

The college was split it into 26 spots by the NSS co-ordinator . We were able to cover up right from to Main gate entrance till the Eco-park. Especially like the place opposite to the girls hostel which was not good enough to be cleaned by the students.

Is SAAS and Green Brigade pleased with the response from the students?

Definitely Yes. After looking at the huge mass of students gathered by 6 A.M. on Saturday, we were very much pleased with the response that we got from the students.

How was the participation of freshers in it?

They were very enthusiastic in the activity. I came across many people who were instantly active and asking us “we are done cleaning up this area, where should we go next?” This bunch of freshers is really promising.

How many students were involved in the clean up?

There were 12 units of NSS,6 units of NSO,4 units of YRC and 4 units of NCC with a count of approximately 30-50 in each unit .So there were 26 units in total which were assigned to clean up the 26 spots in our college. 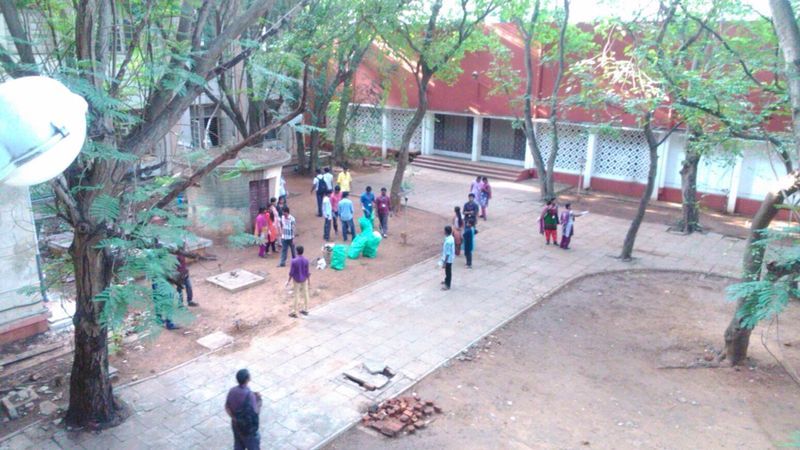 Will the efforts be taken periodically?

We are planning to arrange mass campus clean ups on a periodic interval, may be 3 to 4 times in an Academic year if it is needed. But we don’t want this to happen as we need to maintain this same kind of cleanliness inside our campus.

Can you name some places were the garbage is accumulated in a huge quantity?

Accumulations are seen in 6 to 7 areas inside the campus that students cannot clean. Area near the TAG Audi, behind the Water Resources department and the place near the former CUIC building (currently used by student clubs) are among them. So we have taken it to the Estate Officer and to the Sanitary Inspector of our college to clean up those places by their people.

And apart from the students and the faculty, there are a lot of trespassers in our college during the counselling time who litter all over the campus. They don’t feel like home inside and they do not take the efforts to dispose wastes properly. We don’t have a solution for that as of now, as it has to be taken care of, only by the management. 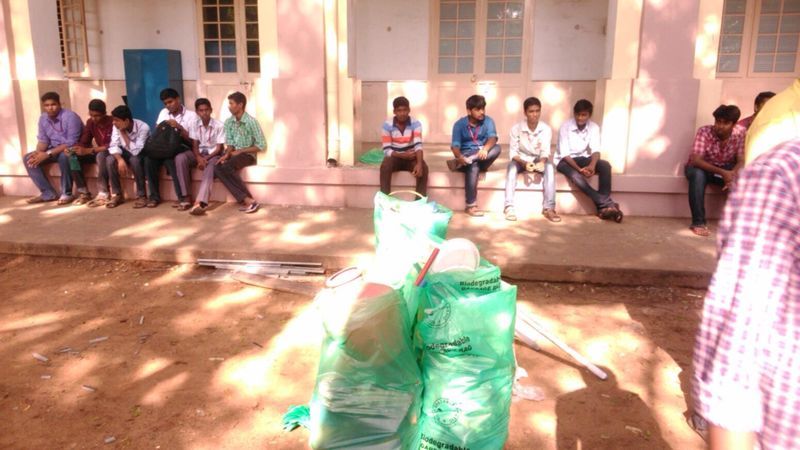 Are there any plans in place for the “do not litter” idea during the cultural events?

We will have to be really strict about it. A word or a hoarding has to be put up along the registration desk. And also when people register, we are going to give them a receipt mentioning about this in it.

The seed has been planted. Any personal word of advice to the students?

What we try to reiterate is that the students need to co-operate. And from what we have seen during the last week, we are very sure that they are taking up this issue seriously and doing their best. And I just wish this mindset among the students stays this way and is cultivated in the minds of freshers who would join us every year.