Biotechcellence 2017 (BTX) was held on March 9-11 in the TAG Auditorium of CEG. This is the Annual Technical Symposium conducted by the students of the Center for Biotechnology which comprises of the Departments of Industrial Biotechnology, Food Technology, and Pharmaceutical Technology.

The 23rd edition of BTX was a tremendous success thanks to the undiminished effort and enthusiasm of both the Student organizers and the Faculty members.

This National level symposium brought over 300 participants from various colleges all over the Tamil Nadu and dozens of enthusiastic participants from other states as well. Biotechnology is a course that has become increasingly popular in the country in the last decade, owing to tremendous growth in scientific research. The conference provided the students a chance to listen to 8 lectures given by both international and national speakers. Six unique events and three workshops were also conducted for participants.

The inaugural function was held on 9th March. Dr. Fabian Kiessling of Aachen University, Germany ordained the gathering by sharing his tryst with India. He went on to enlighten the crowd about Nano diagnostics and Nanothernaostics. This was followed by a video conference by Dr. Eustace Johnson, from the University of Chester, UK. In the afternoon, a workshop on ‘Sophisticated Equipment in Stem Cell Technology’, was conducted. It gave students the opportunity to get practically acquainted with facilities available in the Stem Cell Technology Laboratory at the Taramani Campus. Participants showcased their creative talents by taking part in ‘Bacteriography’: an event where students use petri dishes as their canvases to create a masterpiece. The Technical events, Paper and poster presentations were platforms for various teams to present their research. 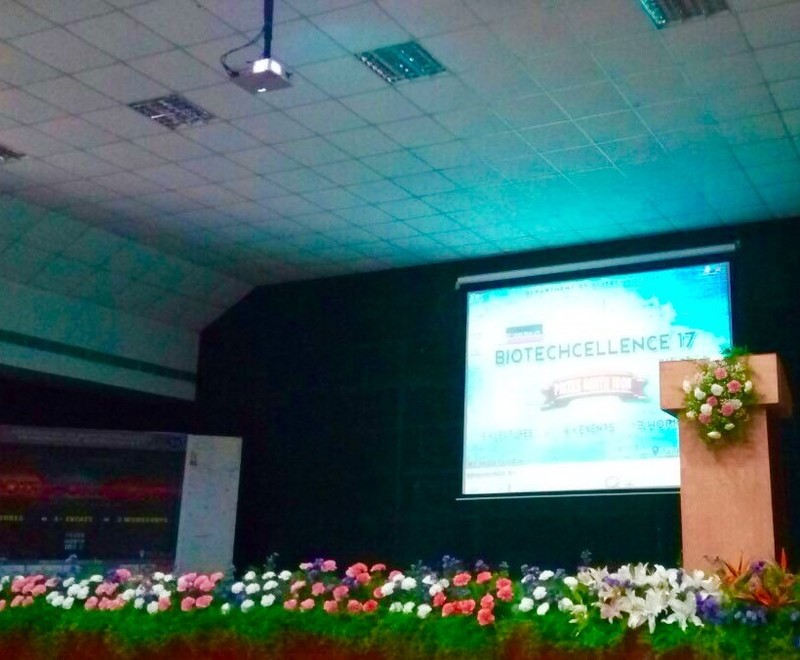 Friday March 10th, began with a lecture by Dr. Rajendiran, a doctor and Professor at Sri Ramachandra University, Porur. He grabbed the crowd's attention by talking about “Immunohistochemistry- A tool or a fool?”

Next , Dr. V. Eswaran, the Emeritus Scientist from AcSIR, Faridabad, spoke about Nasal Sprays for Parkinson’s and Alzheimer’s disease. The best part of the day was when he and his wife serenaded the audience with their beautiful renditions of Tamil, Hindi and German songs!

The next speaker Dr. G Venkateswaran, from CFTRI Mysore, spoke about the various opportunities and departments available at CFTRI. After lunch, there were two workshops. The ‘Food Adulteration and Food Analysis Workshop’ was held at the Taramani campus, while the ‘Bioinformatics Workshop’ was held at the Centre for Biotechnology in the AU campus. A non-technical quiz called “Pick Your Brains” racked the brains of the students and several students took part in “BioBattle”. They were able to debate on current topics such as the ethics behind Animal Testing. Later in the evening, students and Faculty enjoyed a grand dinner held in the Alumni Club of Anna University.

March 11th commenced with an Entrepreneurship lecture by our alumnus Valarmathy Vishwanathan. Dr. N. Jeyakumar of Bharathiyar University gave us an insight into the plethora of Bioinformatics Techniques. Next, Dr. Malini Laloraya from Rajiv Gandhi Center for Biotechnology, Thiruvanthapuram spoke about the basic research in reproduction, which is key in understanding infertility, cancer, and diabetes. The last speaker, Dr. Sreekumar of PG Research Institute in Animal Diseases helped us understand Biotechnological applications in livestock diseases and diagnostics. The final event was the most awaited one, called 'Cerebrus'. This has been the signature event of BTX in the last few years and stole the show, as expected.

The Valedictory function was graced by two eminent personalities. The Guest of Honor, Dr. George Thomas gave a lecture on the 'Importance of Ethics' and the Chief Guest inspired everyone to be an Indian Scientist. Dr. T Ramasami, recipient of Padma Shri 2001 and Padma Vibhushan 2014 delivered an enlightening talk.

The closing ceremony was followed by the Culturals of BTX and witnessed 22 performances, concluding with a DJ Night- a perfect ending to the successful symposium. 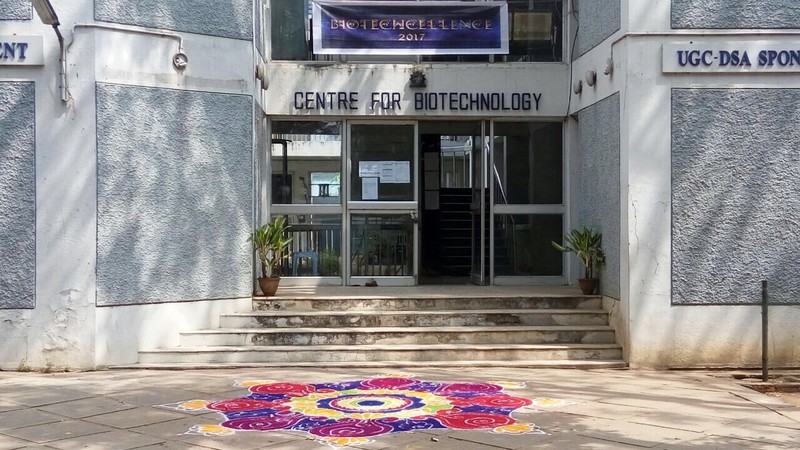