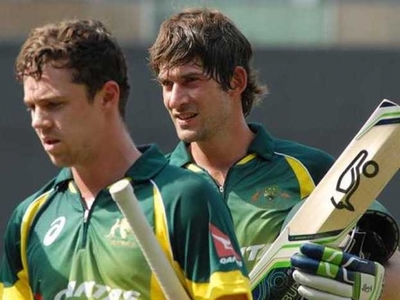 When I got the news of a tri-series between India A, South Africa A, and Australia A to be held in M.A.Chidambaram Stadium in Chennai, almost 90% of us would have taken it lightly by saying,” this is after all a junior team game, who would even witness this, “  and for more news, the cricket lovers in the city would have access to only 2 stands,  if they are interested to view young guns come good. The seating would be free of cost, and the viewers would only have to pay for the food they want to eat at stalls present outside the stands.

With such low expectations I gather with my friends for this low-viewed game, compounded by the sweltering heat of Chennai, which only Chennai people will survive.

And what a wrong expectation level  I had.

Even for those 2 stands, you could virtually see about 1000 people watching India A taking on South Africa A,  cheering for our young blue, who eventually swept aside the youngsters from South Africa by 8 wickets.

Both teams had players with less experience with the main team, barring a few like Lonwabo Tsotsobe, Axar Patel,Quinton De Kock etc.,

Both teams were coming from thrashing from Australia A, by bonus points too. So eventually, this would be virtual quarterfinal, even though the teams play each other once again.

South Africa A were restricted to 244 in their 50 overs, despite a century from De Kock and 50 from Dane Vilas, with no contribution from the rest. RIshi Dhawan, former Mumbai Indians and current Kings X1 Punjab player, bagged 4 wickets, after some early pressure from Sandeep Sharma and Dhawal Kulkarni.

India A, after their batting wobbled to Zampa 2 days earlier, had a shaky start, with the skipper Unmukt Chand dropped twice off Tsotsobe, and the score reading just 2-0 after 5 overs.

After gaining momentum, both batsman reached 50’s with Mayank Agarwal going on to make 130, before being finally caught behind off Tsotsobe.

Unmukt Chand played good second fiddle to Agarwal, and he perished on 90, 10 runs short of a well-deserved century, playing across the line from a straight one from Dean Elgar.

Karun Nair and Manish Pandey arrived after 99% of the job was done, and just completed the formalities, scoring a boundary each.

With the finals on August 14, expecting tough competition from all 3 teams, but for South Africa, its do-or-die for them against Australia A 2 days later, while India A, if they win tomorrow, will secure their place in the final.

A-team matches are worth watching, especially if they have players whom the crowds know a bit, and surely, and if youngsters with plenty of talent come to the fore, with Rahul Dravid the head coach, you don’t expect them to disappoint.