It is the 18th of the Tamil month Aadi. Streams of Cauvery waters are gushing into the humongous Veera Narayana Lake (in today’s Cuddalore). There is festivity all around to celebrate a grand picnic on the occasion of Aadi Perukku on the mighty banks of the reservoir. The music of traditional flood-songs enriches the hero, Vandiya Devan’s ears:

Come, oh come all ye girls, to look at the Cauvery tumbling by! (Ponniyin Selvan, The First Floods, Chapter 1) 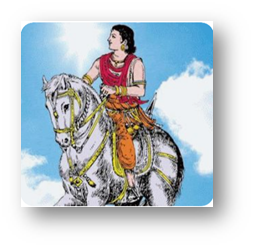 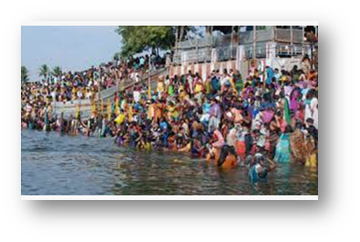 An illustration of Vandiya Devan, the warrior (left) and Aadi Perukku in today’s times (right)

In such a setting opens the magnum opus of Kalki, Ponniyin Selvan, marveled as one of the best works in Tamil literature. It takes us 12 centuries back in time to the Golden Age in South Indian History. In a nutshell, this classic tale is a fictitious saga involving several real-life characters from the Imperial Chola Dynasty. The novel is flooded with the rich cultural heritage of the ancient Tamils. Let’s explore some of the aspects of this marvelous saga.

From the very opening scene, we can gauge the cultural significance which the ancients had for the Cauvery. During that period, Tanjore was a newly-born, blossoming city. It was the then-new capital of the Cholas. Grand mansions, wonderful gardens, bright lamps made the landscape bewitching. It was also known for its budding art, paintings and exquisite sculpture. The author glorifies it as “A new city built by an architect of illusion”. Foreign traders were also seen in the bustling marketplace. Vendors selling sweet fritters, roasted meats and rice cakes always did the best business. Typically, the cuisine is comprised of idiyappam, vellum-paniyaram with thenga paal (coconut milk), rice and pulikkari, curds, pongal, etc.

Inside the main fort of the capital, goldsmiths, silversmiths, jewelers and dealers in precious gems and coin merchants had their shops. In the countryside, one could find farmers busy in their ploughing and women transplanting the seedlings in the well-tilled fields singing pleasant folk songs. The cane plantations had sugar mills adjacent to them. The typical village cottages had either tiled roofs or roofs thatched with huge palm leaves! On the streets outside these houses, were intricate designs drawn with rice powder. Shops of blacksmiths with dazzling fires could also be spotted. Devotional chants from small temples here and there added music to the air along with the orchestra of the peacocks, parrots, roosters and cuckoos.

The Cholas were followers of Hinduism. Umpteen temples of stone and granite were constructed especially for Lord Shiva and the development of temple cities such as Tanjore was given prime importance. The line in the book, “They considered the building of temples to be more important than the building of palaces” speaks it all. The other hero of the book Arulmozhivarman (who later became the legendary Raja Raja Chola) built the enormous Brigadishvara Temple in Tanjore. Its main tower is believed to be the only one in the world whose shadow doesn’t touch the earth at noon.

Other architectural marvels such as the Gangaikondacholapuram Temple and Airavatesvara Temple were built in that age. These are UNESCO World Heritage Sites today. Also, the golden roof in the sacred Nataraja temple in Chidambaram was a contribution of these Imperial Cholas. 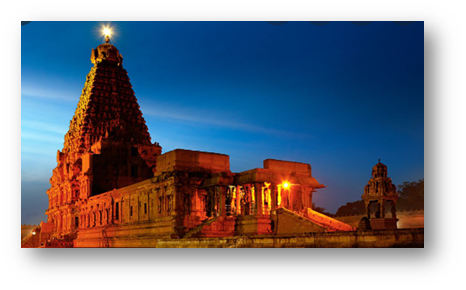 Women are portrayed as brave as men, whose blood had the inherent ‘Tamil courage’. For instance, the female-lead of the book, Kundavai is a modern, bold princess, adept in the nuances of politics. In general, all women were revered by society. The Queen Mother, Sembiyanmadevi would generously contribute from the treasury towards temple renovation, medical camps and charity. 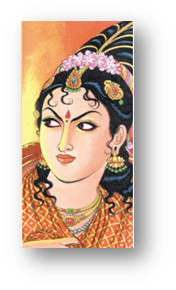 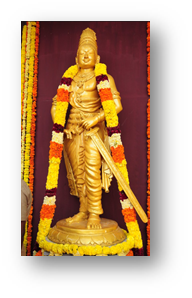 Hospitality was a hallmark attribute of the citizens, the typical Indian attitude. Even absolute strangers were given a warm welcome. Just as how it was in the times of the Mahabharata, it was considered heroic to die on the battlefield.

Astrology was a part and parcel of everybody’s lives. It was indispensable (much like today's mobile phones) From predicting the occurrence of death to the outcome of wars, they were consulted. “Astrologers, expert palm readers, soothsayers and magicians who cured 6 poison-bites: of these there was no dearth”. An astrologer reads the horoscope of Kundavai’s friend, Vanathi and predicts that her husband would become the king of kings and her son would surpass the prowess of his father. True indeed, her husband was Raja Raja Chola and their son, Rajendra Chola.

All this is just like a drop in the ocean of this historic epic which has truly captured the essence of the Chola culture amidst an intriguing plot! Go pick up your copy of this epic story today, and revel in it’s infinite multitudes!