The Electronics and Communication Engineers Association (ECEA), has always attempted to impart knowledge to the students, and to foster excellence. Right from conducting the Internship Awareness Talk, to conducting remedial classes for students, the ECEA has always been supportive of  students in many ways. 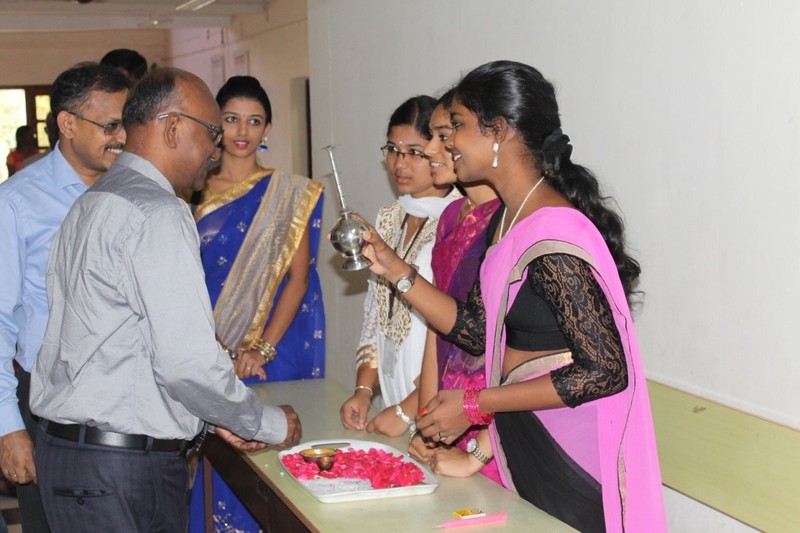 Resonance – the one day intra-collegiate symposium which provides a platform for many aspiring engineers to showcase their talent – was conducted on 10th January 2017 from 9.30 am to 6.00 pm, with great fervour and enthusiasm. To flag the inaugural event conducted in Ada Lovelace Auditorium, the string of important people present were, Mr Simon Sudhakar, Director of the Security Department of Telecommunications, Government of India, Dr S. Muttan, HOD, Department of Electronics and Communication Engineering, Dr P. Nirmal Kumar, Treasurer, ECEA and M. Hari Prasad, President, ECEA, along with the other office bearers of the ECEA. 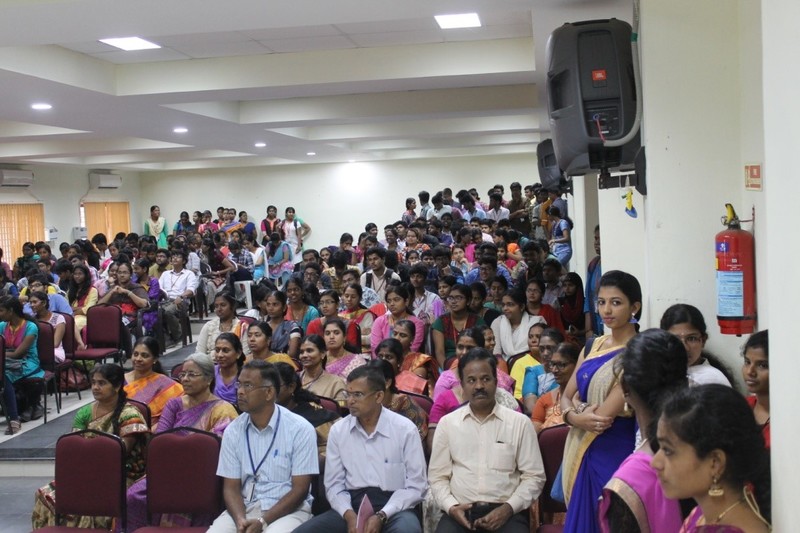 This was followed by a thought-provoking welcome speech by the HOD of the DECE, who has always been a student-friendly person. He explained the students in the auditorium about Resonance, which is a tech triumph each year and also about the Electronics Museum designed by M. Hari Prasad, President of ECEA. Next was an interactive talk by M.Hari Prasad, President of ECEA, who clearly explained the agenda of the day and various events to be held throughout the symposium. He also mentioned the high point key event, RoboEve, which took place at the department premises, the previous evening (9th January 2017) and two online events – Spice It Up and Matrimize. There were seven to eight other events to keep the students enthralled on the symposium day. Mr Simon Sudhakar, the Chief Guest of the day, and, an alumnus of CEG, DECE shared a few words about his emotional connect with CEG, and, on how to tackle hurdles in life.

As a part of online promotion, the website of ECEA, designed by the final year students of ECE Department, was officially launched by the Chief Guest and the HOD. 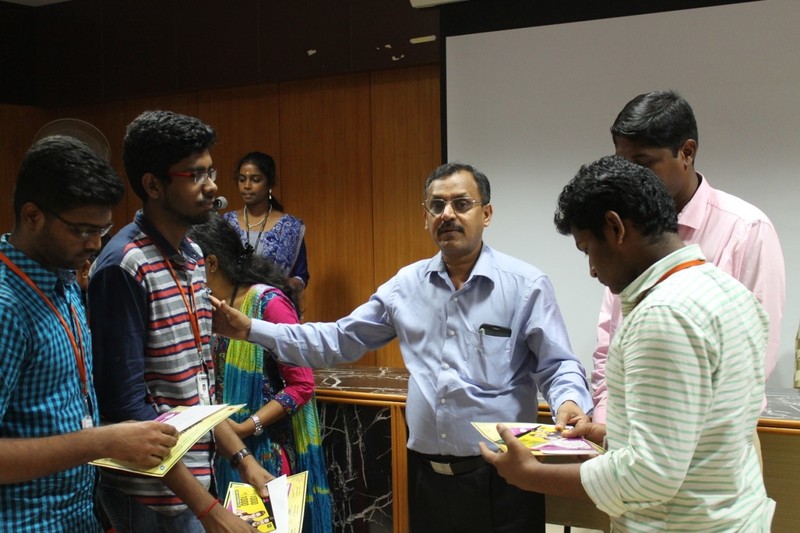 Pulse – the official Magazine of ECE, CEG, is released twice a year, once during Resonance – the intra-college symposium and the other during Vision – the inter-college symposium. Abiding by it, Pulse, written by varied content writers across the department, was officially released by the Chief Guest and HOD. Dr P .Nirmal Kumar, gave the vote of thanks, which was followed by refreshments.

After the Inauguration, the symposium witnessed, active participation by various students belonging to different year of study and different departments. Treasure Hunt was conducted, to make the students aware about the infrastructure of the ECE Department, which had a huge response from first and second years. There were specific technical events for each year. There was a coding event called CodeSense. For inquisitive and quizzing minds, an event called How Things Work, and for business-oriented management minds, BizWiz was conducted.

By 5.00 pm, the valediction was conducted at the Mini Auditorium, ECE Department where various prize winners were awarded with certificates, cash prizes and gift coupons, presented by the HOD, Treasurer and Dr Uma Maheshwari, Professor, DECE. The HOD, gave a final addressing to all the students at the valediction, which was followed by a typical photo shoot. On that note, the symposium successfully ended with approbatory comments from participants and spectators redirected towards the organisers.