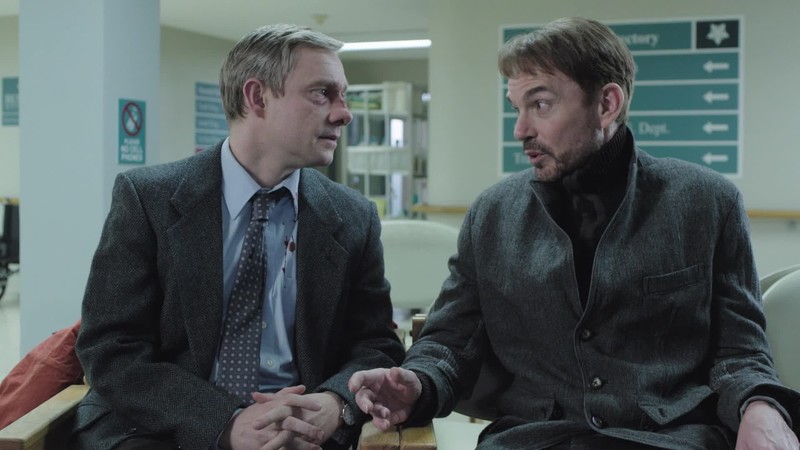 When your 90210/Gossip Girl fanatic girlfriend starts watching a show and 10 minutes later says she’s bored, you know that you’ve got a GREAT show in hand. Fargo is definitely one of that kind. Basedon true events, show runner Noah Fawleys FARGO is one of those dark comedy - crime -thrillers thatwill surely make its audience cling on to their chairs. As an inspirational follow up to its theatrical counterpart of the same name (Fargo, 1996), the show lists the creators of the movie, the Coen Brothers under the title of executive producers.

The show is set in the same universe as that of the movie. This show contains a marvelous cast, including Billy Bob Thornton who plays the role of Lorne Malvo. The eeriness of the character is such that it makes Grim the Reaper look like a birthday party clown. Martin Freeman too excels in the portrayal of Lester Nygaard, whose life takes a complete turn with the arrival of Malvo to his sleepy little Minnesota town. For those accustomed to seeing Freeman as Dr Watson in BBC Sherlock might need some time getting accustomed to his accent in this show. Bob Odenkirk (Saul Goodman from Breaking Bad), Molly Solverson and a son of Tom Hanks you never knew he had, Colin Hanks too play important roles in the show.

A brilliant script writing team, ably assisted by some marvelous direction makes this one of the greatest shows of the year. The greatest win factor however could have been the decision to make this a mini-series, ending Season 1 in a compact 10 episodes, giving no room for lag. The Season finale makes you thirsty for more of the kind and you’re left in nothing but awe.

There are ONLY 10 episodes!