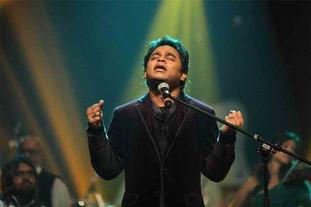 On A.R.Rahman's birthday, we set out to write a comprehensive list of the genius’ top 20 songs. Little did we know the magnanimity of the task we had undertaken. When we set out to it, we shortlisted a little over 50 songs.  But the fact that we have failed miserably in cutting it down to his top 20 songs is standing proof of the beauty of his compositions. Being in no way qualified or worthy of rating his songs, the list below is in no particular order, my favorite, top twenty Rahman songs.

The depth of his voice, the beauty of the lyrics. Nothing more. Nothing less.

Because nobody can not sing along when this plays.

Because decades after its release I don't think twice before singing this when someone talks about Dil se.

Because you don't need a reason to like this song.

Because no song has ever made you miss home when you're at home.

Because we’ve stood up and swayed to this song for 20 years now, and we will for years to come.

Because we grew up singing this song

Because not many people can pull off the blues like he did.

Because this is the definition of music and the soul

Because it makes you fall in love with the little orphan from Sri Lanka again and again.

Because he softly takes you to a musical high.

Because it makes dead men dance.

Because this song doesn't need a reason.

Because the angst of love has never translated into a better song than these.

Because it's the perfect song to listen to before you sleep.

Because it's raining feels*.

Because this is a question I ask myself everyday and only he can make it sound beautiful.

Because this song has something so deep it that makes me want to keep listening to it. But I have no idea what it is.

We said 20, but we know we've cheated in more than one place, and even then, this list covers a fraction of the brilliance his compositions are. So, if we’ve missed out your favorite ARR song, feel free to let us know in the comments below!