The sports section of most newspapers has been replete with vernacularisms such as “Messi” and “Ronaldo” in recent times. Other phrases, such as the “Manchester Derby”, “Mourinho” and “Guardiola” have also found their place. If it is the El Clasico for Spain’s La Liga, then, it is definitely the Manchester derby for the English Premier League. Featuring the two Manchester Clubs, United and City, the midland sides have met a whopping 174 times! Right from the very first meeting, in 1881, the two clubs have shared a fierce rivalry, both on and off the field.

Despite the buildup to the spectacle, both clubs had their fair share of woes. For City, also known as the Citizens, star playmaker David Silva was rested after sustaining a knock in their previous game, an FA Cup semifinal loss to Arsenal. For United, record signing Paul Pogba, target man Zlatan Ibrahimovic and Marcus Rojo all missed out. City boss Pep Guardiola opted for Sergio Aguero up front, ahead of the fit-again Gabriel Jesus, who returned from a lengthy spell on the sidelines. 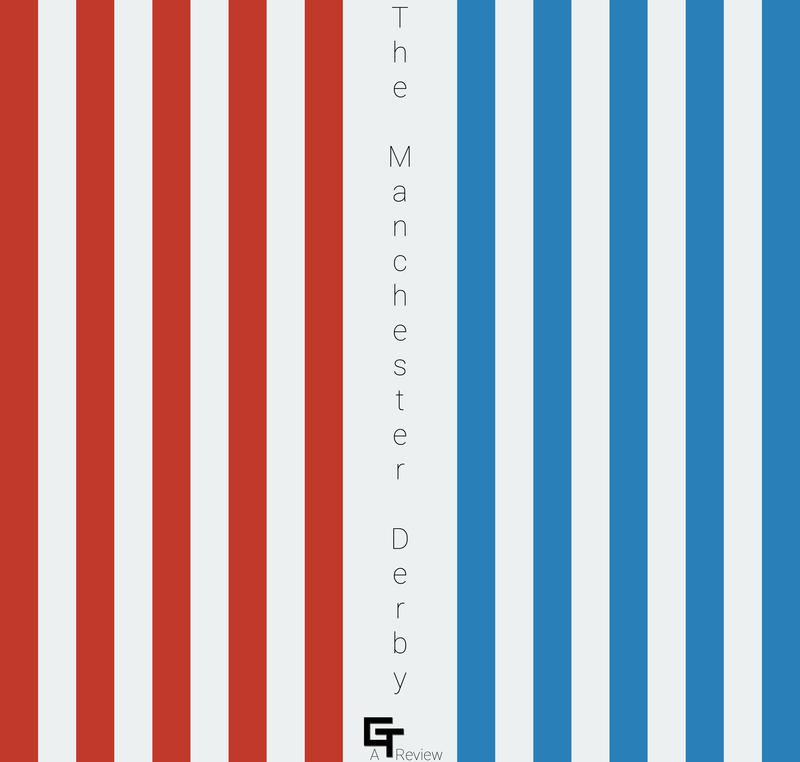 The first quarter was drab with none of the teams finding a way through. It all started in the 20th minute when Marcus Rashford steered his way into the City box after a stunning dribble only for his shot to be cleared by the City defence. In the very next minute, Kevin De Bruyne's cross was directed just off the post by Aguero who seemed to have partially lost his goalscoring touch which got him 6 goals in his last 6 games. In the 30th minute, United’s Henrikh Mkhitaryan came close with an effort brilliantly stopped by City keeper Bravo. The remainder of the 1st half offered little of interest to football buffs.

The second half saw City take the majority of the possession, but shotstopper David De Gea was United's hero on a number of occasions. He made an aerial save to deny Aguero a 25-yard screamer. United had only fleeting possession of the ball and Bravo had very little work to do in between the sticks for City.

Perhaps the most contentious moment of the match was Aguero being head butted by Marouane Fellaini, in a moment of hot-headedness. His actions meant United were reduced to ten men for the rest of the game. The dying seconds of the match saw Gabriel Jesus pull off a goal for City, but celebrations were premature as the goal was ruled offside.

The final score read 0-0, a hard-to-digest result for Manchester City whose rejuvenated performance in the second half wasn’t enough to seal the deal. So the pressure now mounts on both the teams who are separated by just a single point. Champions League qualification is still within reach for both teams who now have to tussle with fellow Champions league hopefuls Arsenal and Liverpool for a top four finish.