On a warm sunny afternoon in London, thousands of fans had gathered at the warzone to witness an epic battle. A battle between ice and fire. The stage was Stamford bridge and the two behemoths involved were Chelsea and Manchester United. 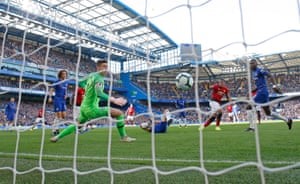 These two sides were like two opposite faces of a coin. Contrasting fortunes had thus far defined their seasons. While all was merry and jubilant at the capital of England, the same could not be said for the North Western side. After enduring a trophyless season last year, the Red Devil’s outfit had started this season under a cloud of darkness. With many baseless rumors regarding a reported bust up between the team’s most expensive player (Paul Pogba) and the manager (Jose Mourinho) circling around in the media and also the lack of support from the team’s executive board in the transfer market, things at Manchester were looking glum and sad. Having endured a barren run of four winless games, the Red Devils were back on track after stirring the most remarkable of comebacks (3-2) against Newcastle United before the international break.

But this time, they had their task cut out for them. They were poised to face a red hot Chelsea team that had started their season in the most impressive fashion. After a torrid and tumultuous under former manager Antonio Conte last season, things at Stamford Bridge were bright and merry.  Unbeaten in 8 games and facing a renaissance of sorts with a new manager in Maurizio Sarri at the helm, the Blues had steamrolled through every team that they had faced this season. United were clearly the underdogs going into this match and many bookies and pundits had written them off.

With confidence high on one side and low on the other, with one side at the zenith of the Premier league and the other languishing at a meagre 8th position, a new chapter was ready to be written in this storied rivalry. Starting at 5pm IST, my friends and I had gone to the Arknemesis Gaming Centre in Nungambakkam to catch this epic encounter. With a number of Red Devil fans followers swarming the place, the euphoria and tangible excitement in the place could not be contained. This match was special. It was Jose Mourinho’s return to the place where he had carved out his career. A place aw so familiar to him where he had won 3 premier league titles in 2 separate spells in charge of the Blues. Having faced an ignominious exit in his last spell at Chelsea, the Manchester United manager was on a mission to get both his career and his team’s performance back on track. Winless in 3 games against his former employees at Stamford bridge, Jose had a mountain to climb and the pressure was on him and his team to deliver the goods.

The first 45 minutes of the match was completely controlled by Chelsea. With their high pressing and constant passing technique in effect, the Manchester United players simply had no answer to Chelsea’s game plan. They soon fell behind due to their poor defensive frailties in the 20th minute and they simply couldn’t get back in the game. Their insipid first half display was perfectly backed by their lack of possession and the number of shots they had on target. 1-nil at half time and the Red Devils were staring at the prospect of another defeat at the hands of the FA cup Champions.

But after half time, things changed…….. 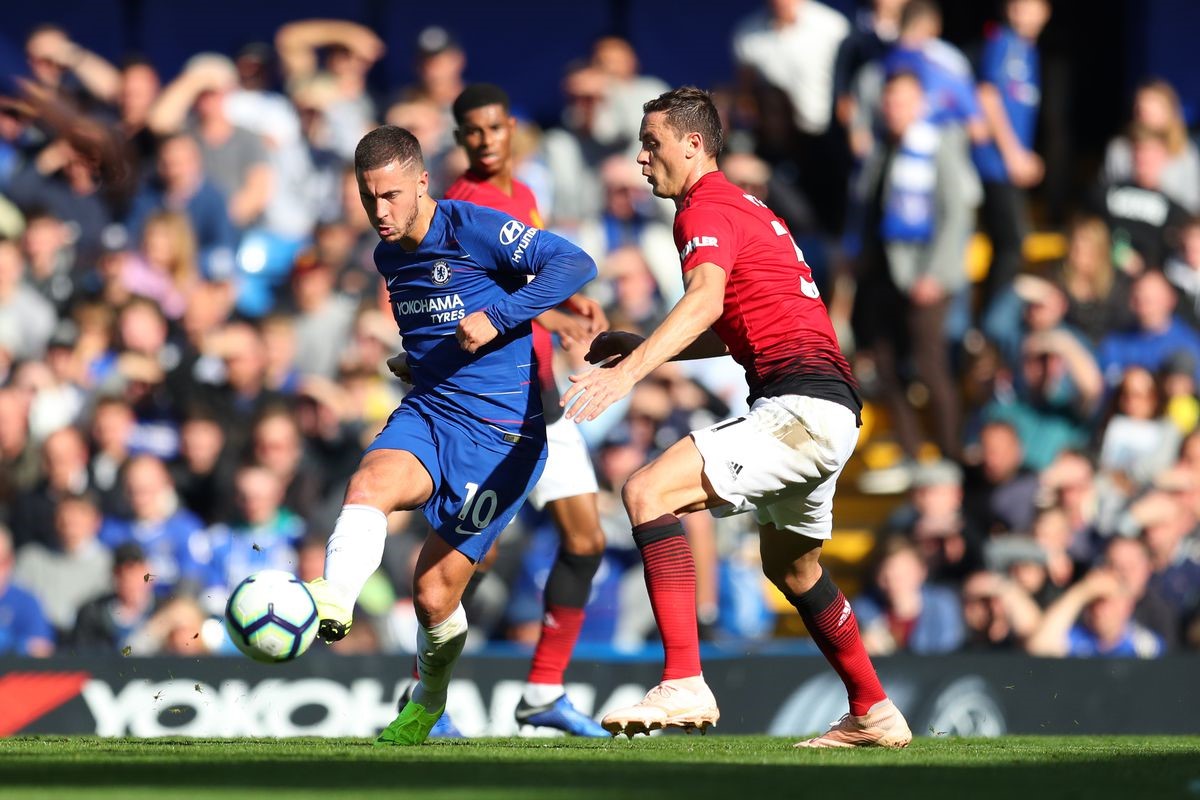 The Red Devils came out with a fiery spirit and with all their guns blazing. They kept moving the ball forward which eventually resulted in a fruitful outcome for the team as Antony Martial slotted home a fine shot past the goalkeeper. The atmosphere at the ground and at the game centre changed immediately . From a sullen and gloomy look on the faces on the United hopefuls, their faces erupted with joy and jubilation as saw their team level the game. 1-1 now, the game was wide open with each side inching to get past another. What followed was a sheer masterclass from United. United were in far more control of the game with their trademark wide attacks and controlled passing. They kept testing the patience of their counterparts with timely intercepts and swift forward runs making the possibility of a 2nd goal for the team inevitable. And that’s what exactly happened. The Frenchman Antony Martial coolly slotted home his second goal of the game to cap off a brilliant couple of weeks for him. Having gotten the lead, United were in complete cruise of this game, constantly stymieing Chelsea’s momentum and not allowing them the upper hand at all. As each minute passed by, with every attack coming towards the United goal, with every shot taken at goal, the United fan’s grasped with heavy breadths and sigh of reliefs as they wanted their team to win at the Blue’s den. The tension at the centre could be cut with a knife. The vociferous chanting  and the constant singing produced an atmosphere that made it seem as if were watching the game at Stamford Bridge itself.

90 minutes had passed by and the score was still at 2-1. Both teams had completed their full quota of substitutions and Chelsea were trying really hard to get that late equalizer. 6 minutes of stoppage time was awarded after the 90-minute mark. While it was 6 long minutes for United to preserve their slender lead, it was 6 short minutes for Chelsea to maintain their undefeated streak to the season. They tried everything in their playbook to get past a rock hard United defensive stone wall for 5 long minutes. A defiant and determined United team tried everything in their power to block the Chelsea attacks, but in the last minute of the game, Ross Barkley the super sub, turned the game on its heels. A poor United clearance from a set piece resulted in the ball falling perfectly at Barkley’s feet which was perfectly slotted into the goal from close range. What followed this event was a chain of events that would be the headliner in many newspapers for the next couple of weeks. A Chelsea team assistant(Marco Lanni) celebrated violently in front of Jose Mourinho and taunted him after seeing his team score a late equalizer to level the game. Jose Mourinho found this act of disrespect highly insulting and soon a fracas erupted between the people of both sides. Tempers flared as the management team of both sides exchanged a couple of unsavory words in their melee on the touchline and their players too shared a couple of heated exchanges on the field. The match came to an abrupt conclusion after this horrible event with men on both sides shaking and hugging it out after the game. The final score line was 2-2 and Antony Martial was adjudged the Man of the Match. A brilliant story that deserved a better conclusion.

The next chapter in this storied rivalry has been written. While Chelsea fans would leave with a sigh of relief having seen their team preserve their unbeaten start to the league, Manchester united fans would leave with a heavy hearts as they saw their team unable to close the game after their brilliant second half performance. Following the game, Jose Mourinho taunted his one faithful followers with 3 fingers indicating that he is still the boss and that he is still the man at the top of the food chain. A bittersweet ending for the man who once was the King of Stamford Bridge.

What next? Chelsea will focus on their next encounter in the Europa league and as for United, they welcome their beloved son Cristiano Ronaldo to his favorite hunting ground at Old Trafford, as United welcome Juventus in the Champions league. Another cracker of a game in store for all football lovers around the world. Catch it live on Tuesday!