About 41 summers ago, people witnessed the greatest plot twist in cinematic history when the evil Sith Lord Darth Vader revealed, by saying: “No, I am your father.” It’s been 44 years since George Lucas introduced the world to a galaxy far, far away. However, the timeless stories are still relevant as they were back in 1977. George Lucas’ epic opera story wasn’t well-received during post-production. Everybody believed it would be a disaster except for Steven Spielberg, who believed in the story, and the rest is history.

Having contributed to 11 films, animated TV shows, series, comics, novels, toys, and video games, Star Wars has been successful at retaining its position as one of the highest-grossing media franchises. With its small production and ground-breaking special effects, the original trilogy changed the face of modern-day cinema. The prequel trilogy, which initially didn’t have a lukewarm reception, is now beloved by many fans. The sequel trilogy also helped in earning billions at the box office.

Star Wars is not just about the classic “Hero’s journey” archetype. It’s about friendship, the good vs. the evil, adventure, redemption, love, and unparalleled lightsaber fights. Be it the iconic characters like Luke Skywalker, Princess Leia, Han Solo, Obi-Wan Kenobi, Qui-Gon Jinn, the evil Emperor Palpatine, Darth Maul, General Grievous, or the greatest villain of all time: Darth Vader – Star Wars has never failed to impress us with its unique character arc. The long-lasting bromance between Han and Chewbacca, Anakin Skywalker’s tragic hero arc, John William’s epic music score, the endless hilarity in the prequel memes, and Yoda’s reverse speech, “Do or do not, there is no try,” are some moments that we all have cherished over the years. With the presence of strong female characters like Leia, Padmé Amidala, Rey, Ashoka Tano, Jyn Erso, the cute droids like R2-D2, C-3PO, BB-8, the impressive world-building, and action scenes, in the form of podracing, lightspeed skipping, lightsaber duels, the famous Star Wars quotes, such as “It’s a trap” and “I don’t like sand,” that have become an integral part of our vocabulary, and the Baby Yoda effect of The Mandalorian are other instances that proves how deep Star Wars is embedded in popular culture.

Star Wars constantly reinvents itself in the form of movies, TV shows, and other media, making it a sci-fi fantasy loved across the globe. The force of Star Wars surrounds us and binds the galaxy together. It lives on in the hearts and minds of those who love it, cherish it, and eventually through those who pass it onto the next generation. If Star Wars has taught us something, it’s that there’s always more good than bad in life.

May the force be with you! 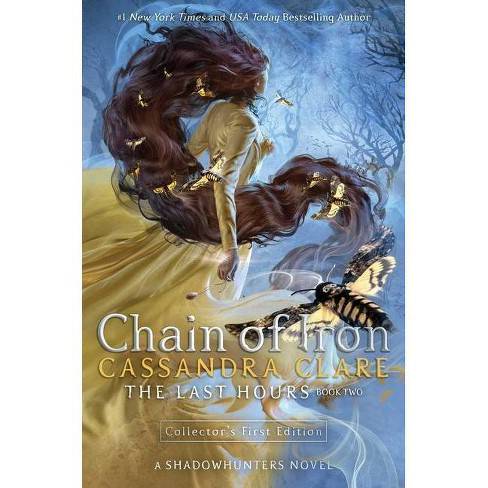 For all the Shadowhunters and fantasy fans out there, it’s that time of the year, where Cassandra Clare returns with the highly anticipated second instalment of the Last Hours series - Chain of Iron. In just 600 pages, Clare succeeds in transporting