Today, uniphi space agency, a division of uniphi good LLC, is proud to share the first National Astronaut Day campaign, to take place annually on May 5th.  The campaign includes an Agency exclusive collaboration with Fisher Space Pen Co™ for the first ever “Astronaut Signature Pen” Series, awareness and fundraising for over 20 different charity partners, free downloadable “inspirational” Astronaut cards, and a #WeBelieveInAstronauts Social Media campaign which offers Space and Astronaut fans a chance to win a Skype session with an Astronaut!

In keeping with the tradition of other Astronaut and Space related celebrations, May 5th was selected for this significant date in history in 1961 when Astronaut Alan Bartlett Shepard Jr. became the First American in Space, aboard the Freedom 7 Space capsule.  The brief suborbital flight, which lasted approximately 15 minutes and reached a height of 116 miles into the atmosphere, was a milestone achievement. This trailblazing example of heroic bravery and adventurous spirit is this essence of what National Astronaut Day is all about.  By sharing the incredible stories, experiences and perspective of actual Astronauts, the mission of National Astronaut Day is to inspire us ALL to follow our dreams, including both future Astronauts and those who seek to keep their feet on the ground alike!

Read this snippet of an exclusive interview with NASA Astronaut Clayton Anderson from the third issue of the Guindy Times AY 2015-16 here: 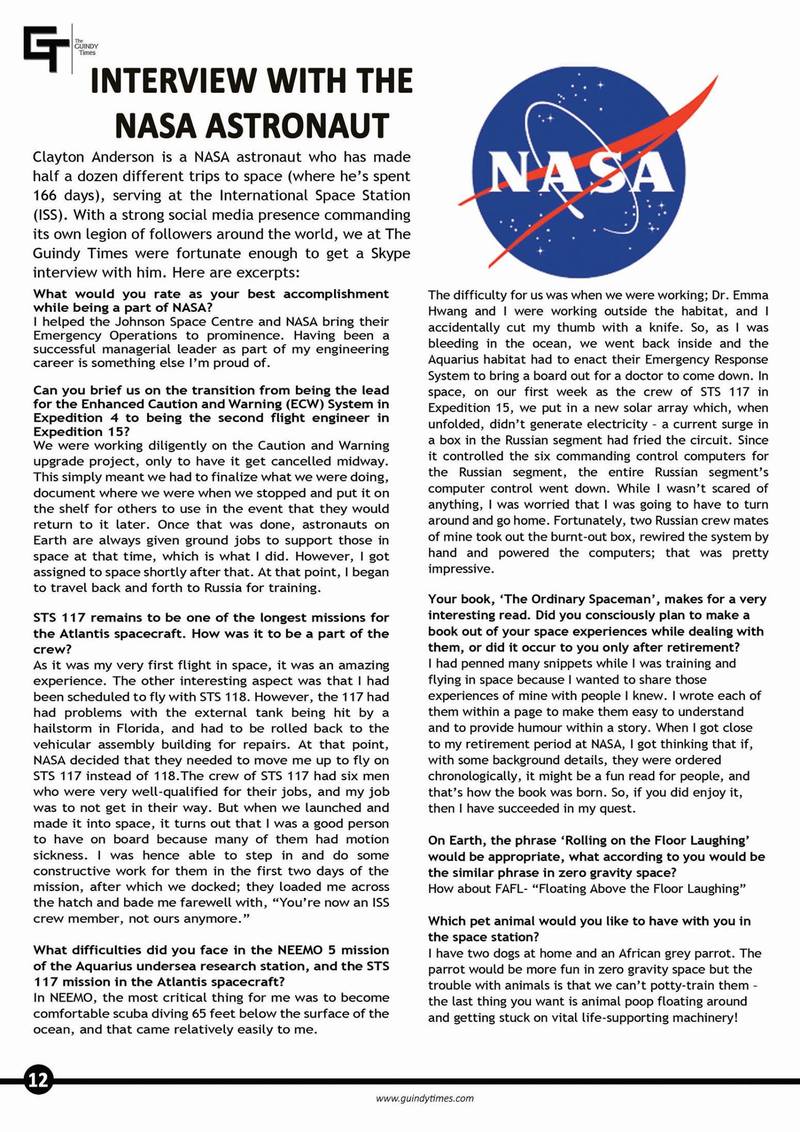 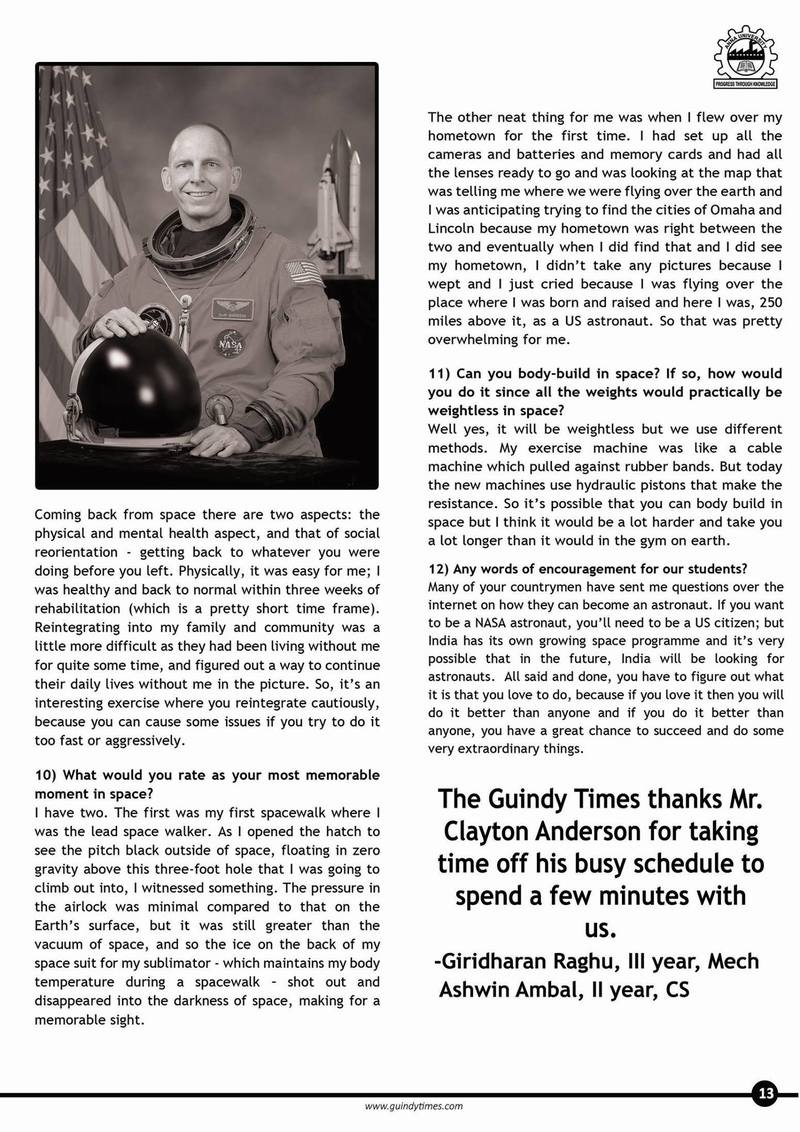