Pakistan travelled to the British Isles for a long tour of England. Pakistan are always an unpredictable side – they win when you don’t expect them to, and capitulate when you expect them to fight. So how did they fare when they played England?

The tour commenced on 14 July 2016 with the first Test at Lord’s. Chris Woakes started to find form and rhythm, bagging 11 wickets in the match but was overshadowed quite comfortably by the leggie, Yasir Shah, who picked up crucial wickets and handed England a shock defeat, which would be a sign of positives to come for Pakistan.

The second Test commenced a week later in Manchester, and England came back hard and annihilated Pakistan by 330 runs, with Joe Root making merry with centuries, Woakes continuing his good form, and Anderson back amongst the wickets.

Pakistan got into a strong position in the third Test at Edgbaston, with Sohail Khan grabbing a five-for and Azhar Ali scored a superb 139, only to throw it away to England, capitulating to 201 all out in the second innings, where five English bowlers got 2 wickets each. Pakistan looked in real danger of throwing the series away. 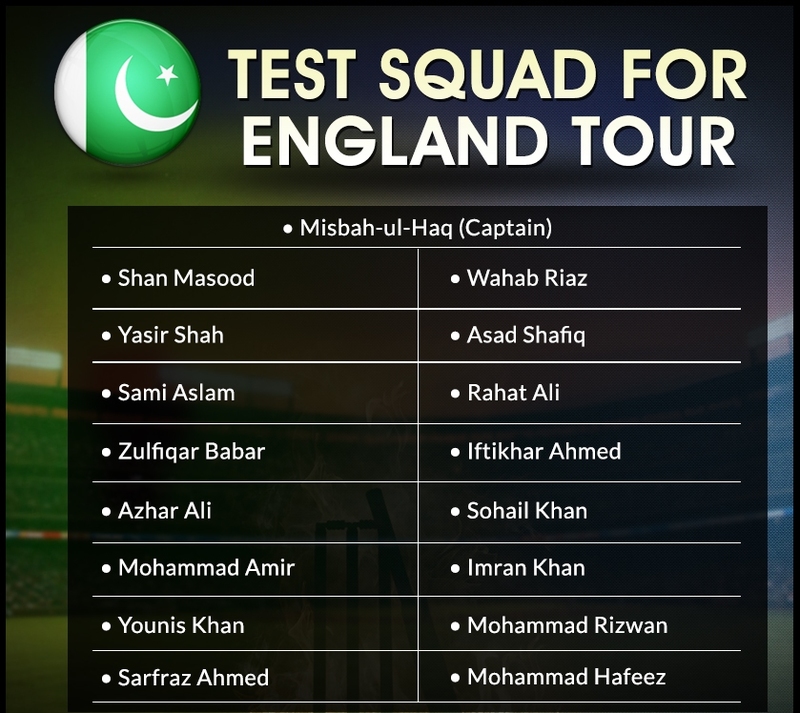 The fourth test at the Oval turned out to be a complete reversal of fortunes, with Younis Khan, the old horse scoring a superb double century, and Sohail Khan and Yasir Shah picking up five-wicket hauls to hand Pakistan an easy ten-wicket win and enable them to top the Test rankings at India’s expense.

Both teams headed into the ODI series with equal chances. The first ODI was held at the Rose Bowl in Southampton, where England beat Pakistan by 44 runs by the Duckworth-Lewis method, with Jason Roy picking up the man of the match award after a quick-fire 65 at the top of the order.

The second ODI at Lord’s was another even contest, with Pakistan just not able to go over the finishing line, despite picking up wickets, to close out the game; England won it, with Joe Root scoring 89 and getting the man of the match award, despite Ahmed Shehzad’s century.

The third ODI at Nottingham saw many records tumble. England got to 444, the highest score in the history of ODIs, owing much to Alex Hales, with Buttler and captain Morgan chipping in with few lusty blows at the end. Wahab Riaz ended up with figures of 10-0-110-0, the second worst by any bowler in the history of the game, the first being Mick Lewis. It was only a formality for England to just wrap up the series, and despite some good half-centuries from Sharjeel Khan and Mohammad Amir, the task was just too uphill and England ran away with the game by 169 runs.

The fourth ODI at Leeds saw England, thanks to Adil Rashid, restrict Pakistan to less than 250, and even though Mohammad Irfan bowled well till he pulled out of the game owing to an injury, England regrouped and took the series 4-0. The story would have been a bit different had the big fast bowler been on the field longer.

The fifth and final ODI at Cardiff was expected to be England’s venue for the whitewash against Pakistan, but Sarfaraz Ahmed and Shoaib Malik turned it around, after England had scored 300, and Sarfaraz was the man of the match with his 90, leaving Pakistan with something to smile about in the ODIs.

The sole T20 in Manchester was completely one-sided in favour of Pakistan, with Wahab Riaz, just days after he was given a spanking, delivering with figures of 3-18 to restrict England to 135, and the Pakistani batsmen wasted no time in chasing down the target, scoring the runs with ease, with Sharjeel Khan and Khalled Latif scoring 59 apiece and giving Pakistan a resounding win over England.

After a few weeks of tough cricket, it has to be said that Pakistan exceeded expectations, particularly in the Tests, and a perch atop the Test rankings – their first time ever – would rank as extremely satisfactory returns from a gruelling tour in Old Blighty.