Mahanati attempts to reiterate the fact that we should always try to put ourselves in someone’s shoes, before being quick to judge them for their actions.

We, millennials have heard a lot about the legendary actor Savitri-her personal life, career, death and its reasons. This film, which has actress Keerthi Suresh playing the lead role, tells her story. She had been an alcoholic, developed diabetes and high blood pressure. This movie and its cast have done justice by dispelling the views that were previously underrating the reasons behind her death and also trying to offer us a clear insight into the same.

The movie has covered great importance to tremendous details back from the 80’s which includes the brilliant sets, clothing, jewelry and the use of prosthetics. The Cinematographer, Dani Sanchez-Lopez, has done a brilliant job. His work is extraordinarily portrayed though Nag Ashwin’s direction in the famous scene from the movie “Maya Bazar”. As Gemini Ganesan, Dulquer Salmaan has done his part wonderfully whether being a frustrated, rude adulterer or being the Kadhal Mannan (King of Romance). On the whole, Dulquer has nailed it.

In the movie, Savitri, who is a fan of Devdas which is a romantic tragedy, accepts her hand in marriage with Gemini Ganesan who has already been married. This event creates a dispute among her family members. Soon being a happy wife in her own palace, she rises to even greater success with her continuous box-office hit movies. This instigates jealousy in Gemini Ganesan. Unable to tolerate her success, he resorts to drinking. Savitri’s life gets shifted o a dark phase when she finds out about her husband’s affair with Pushpavalli. This makes Savitri blame everything on her by drinking her body weight in alcohol. This phase of her life has been depicted through many dreadful events.

Samantha (Madhuravani), who plays as a reporter in the film, narrates this story with her own extended views. Her scenes in the climax bring so much effect to the movie.  Vijay Deverakonda (Vijay Anthony) is cast as a photographer to the same news company where Samantha works. Evidently, Madhuravani makes her decision to follow her heart accepting to marry Anthony by following the advice of Savitri on how “life is short“ and “love is so pure that it happened, one must seize it and live it to the fullest”.

It is not often that we are given a film which commemorates a legend. Director Nag Ashwin and Keerthy Suresh have brought Savitri back to life. This is a story which was needed to be told in a beautiful way and this movie has achieved it. In short, Mahanati, an utter feast to the eyes, aids us in understanding this talented, gullible, kind and a selfless person and leaves the viewers lingering on that memory forever! 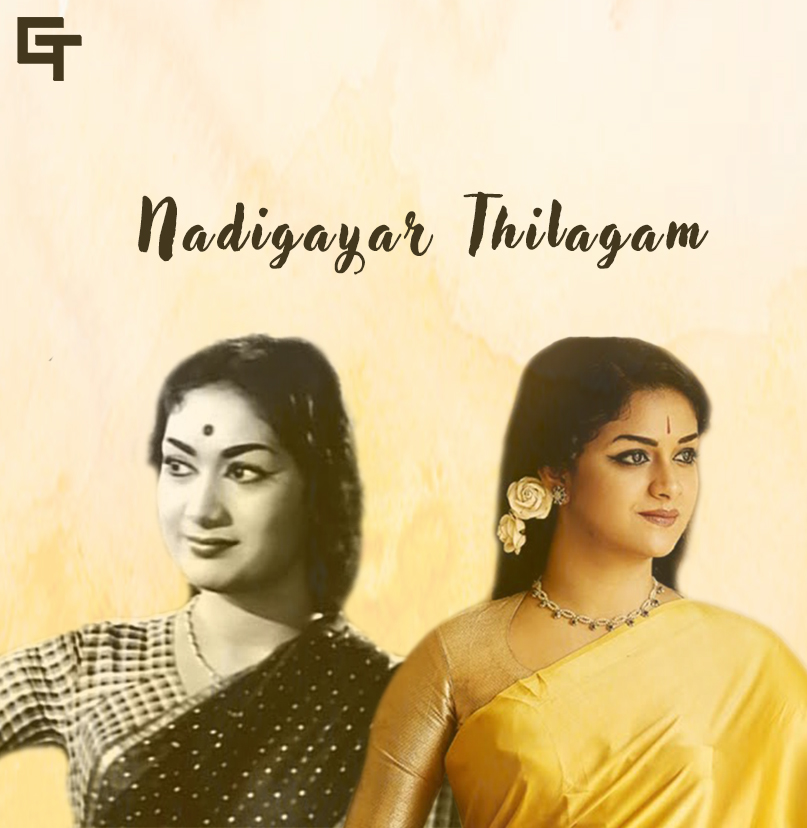