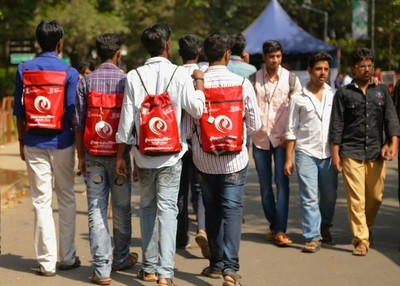 It’s been almost two months since Kurukshetra'15 and yet Student Directors at CTF seem to be spending long hours on meetings and group discussions. Hari, Student Director (QMS) explains, “Soon after Kurukshetra’15, we had a series of discussions among ourselves and with CTF alumni to analyze how we have performed”. These meets were not just to gauge if this year’s edition was a success. The focus was on the bigger question of whether K! has fulfilled its purpose.

Kurukshetra was started as a tool to showcase the technical competence of CEG to the corporate world and industries. Infact, when CTF was started, there was no Kurukshetra. It was mainly projects which featured the works of the best minds in college to the outside world. In its first edition, Kurukshetra entered the tech fest scene with a bang as one of the best in South India and the only one with UNESCO patronage.

However with many more colleges and similar tech fests in the picture now, there is need to stand out. “Today, we are realistically a state-wide event. Tomorrow, we want the country to talk about it while it happens, and the best minds in the country to be on campus.”, says Praseed - the QMS K!ore of the first edition of Kurukshetra. He, along with a few other former members of the team, has been closely working on restructuring CTF.

Another Student Director, Lakshmi Narayanan, says, “Once Kurukshetra is over, we have the mammoth task of selecting the next set of Student Directors.” This generally happens in the beginning of March for almost a month starting with an open call, inviting third year students to apply to teams they want to be a part of. What follows this is an intensive testing of skill sets and capabilities to pick the ‘K!ores’ for the following edition of Kurukshetra.

However, this year is going to be a complete change. He explains that the next year will witness changes not only in CTF but in Kurukshetra too. Forth coming editions of Kurukshetra will include events attempting to solve real life problems not just simulated games and scenarios. Over the years, the participation from other states has reduced except for a few online events. With a new format, K! aims to transform into a national tech fest, that grabs the attention of the country.

Such a massive transformation calls for corresponding changes in the structure of Team CTF.

Currently many students in the campus have contributed to K! and share its brand. But with the coming year, we want to limit brand K! only to talent with unquestionable leadership potential. 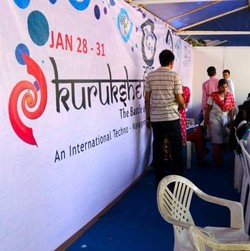 The number of students recruited into the team is going to be limited with no fixed upper limit. This, they say, ensures that they do not settle for anything but the best.

CTF will comprise of six circles (Events, Tech, Operations, HR, Marketing, IR) which will work closely with industry experts for their respective domains. The take-away for the Student Directors will be much more than what it has been for all these years in terms of experience and opportunity to interact and collaborate with the real world.

When the take-away increases, so does the scrutiny in selecting K!ores. The selection process will not be an open-to-all procedure. Students who have been identified as potential leaders based on their contributions to various college and club activities will be contacted by the team, to be a part of the selection process. If anyone (read as any third year) feels their capabilities fit the job profile at CTF, they are welcome to write to qms@kurukshetra.org.in elaborating on their accomplishments and contributions to organizations that they have been a part of (not restricted to campus activities).