Vikram’s Iru Mugan is a stylish and racy entertainer. On many levels, it has been much-awaited by fans of Chiyaan Vikram and Director Anand Shankar, who brings the magic once more after a stunning debut with Arima Nambi. The film features Vikram in a dual role as both the protagonist and the antagonist.

Iru Mugan tells the story of a drug kingpin who once was thought dead, but returns to torment his enemies. Vikram plays the role of ‘Love’ – a mysterious person with a man/woman persona, who once controlled the chemical drug trade in Kashmir. Love comes up against Akhilan (also played by Vikram), a RAW agent out to avenge the murder of his wife Meera (Nayanthara).

Vikram is the major attraction of the film and both his roles are played to perfection. His chemistry with Nayanthara is one of the highlights of the film. Nithya Menen's solid performance and strong screen presence also deserve applause. The film is visually stunning with excellent cinematography and editing.

As with Arima Nambi, Anand Shankar yet again delivers a Hollywood-inspired plot. The concept of a super drug that increases a person's adrenaline and turns ordinary men into supermen for five minutes, an over-the-top villain who relishes chaos over materialism are not very familiar sights in Kollywood.

While there are some really good scenes and dialogues that could be remembered for decades to come (“Ulahathuke Nee Raja , Nan Rani", "Are you OK Kanmani?" amongst others), most characters, barring Nayanthara’s perhaps, are feebly written.

The film builds slowly, with lot of screen time spent in telling audiences what chemical warfare is and how Hitler used nerve gas during World War II. The audience doesn’t fully experience the emotions portrayed, a prime example being the scene where Love carves a person and lets them bleed to death. While it sounds horrific on paper, on screen, people don’t sense this sadism that they experienced with Athreya in 24– another recent film which had similar scenes. The background music is also a mixed bag - with superb scores during the face-off scenes interspersed with boring, soulless ones otherwise, with “Halena” being an exception. Without the typical pace-slowing, mood-killing romantic interludes, Iru Mugan is a solid yet predictable, story. 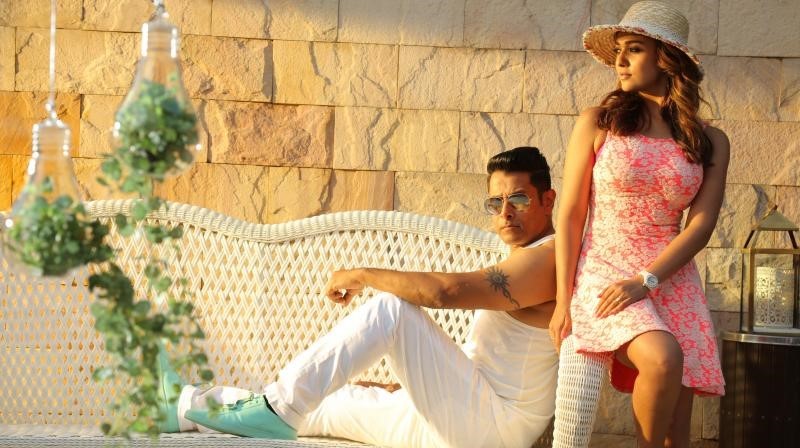 Despite its drawbacks, the film works to an extent solely because the Director shows us an antagonist who is equal to, if not more interesting to watch than the hero. Ignoring the spurious leaps of logic, the film is worth a watch for Vikram's efforts at the least.