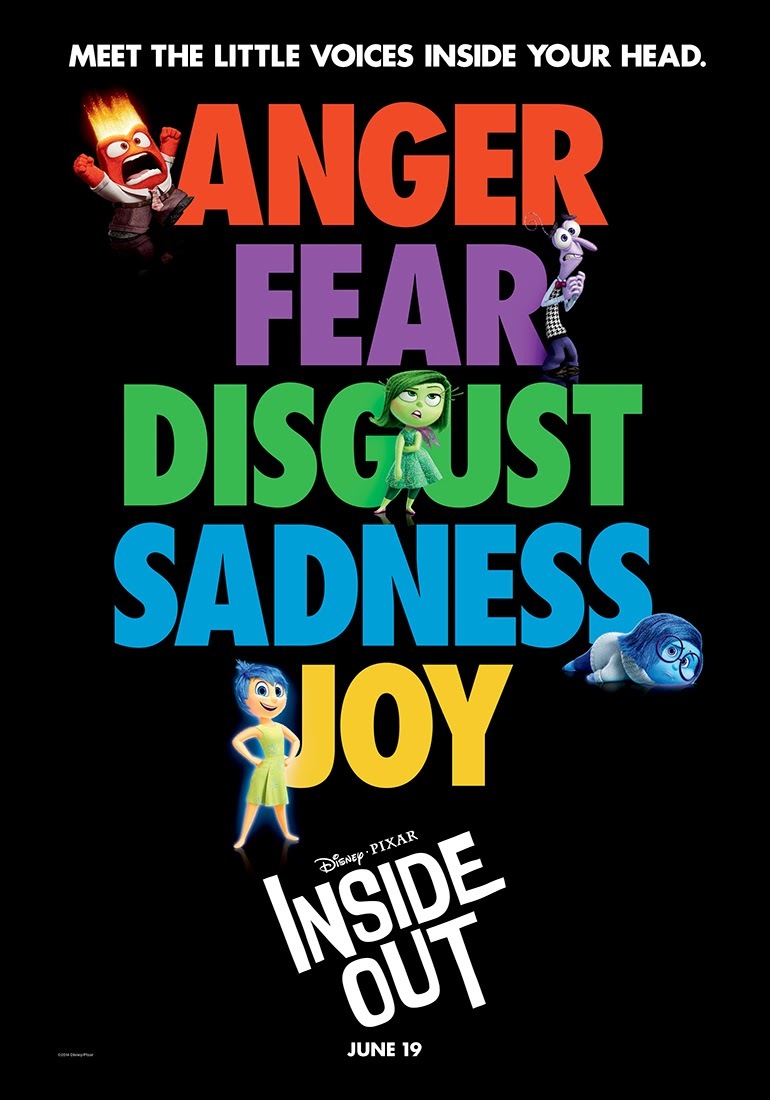 Ever sat in a movie theatre and watched a movie that changed your perspective of life, completely?

Well, this one tops that list. At least for me, anyway. While it may not be the funniest Pixar movie out there, it certainly is a masterpiece for the concept and ideology alone. The movie is about a young and naïve school going girl, called Riley. Riley is the typical girl next door. Mostly happy and a little fussy, like any other kid her age.

The movie starts off with

Do you ever look at someone and wonder, “What is going on inside their head?”

And that’s exactly the question this movie answers.

We get a look into Riley’s mind through the five comical characters Joy, Sadness, Fear, Anger and Disgust, each representing the respective emotions that Riley goes through. They control the responses of Riley via a “control panel” in her brain. The movie begins to get interesting when her parents decide to move to another state and this creates a havoc of emotions in Riley’s mind. The attention to detail is impeccable, with the central emotions controlling the minds of Riley, her mom and dad being Joy, Sadness and Anger, respectively. This goes on to show how kids are mostly happy, women in their mid-30s deal with depression and middle aged men deal with anger issues.

The reason that this movie, I feel, is going to have a great tremendous impact on the young minds is that, it teaches us (both children and adults) the way our minds work, in a way that is much easier for us to understand, than what any counsellor or psychologist has ever tried to convey . It explains the way each and every single moment in our lives adds up to our personality and makes us who we are, how each and every important event could possibly whip up a whole new side to our character.

Inside Out stands against the general norms of all major motion pictures presenting the end goal as happiness. For people around the world battling clinical depression, this movie extends the thought that maybe; sadness isn’t all that bad after all. Don’t fight sadness. Instead, embrace it. Don’t hide sadness, but express it, the way you express joy. This movie says “Listen to Sadness. Sadness is important. Sadness has something to say”.

This film makes Sadness a hero, along with Joy.  Sadness is normal too, just like Joy.

Sadness isn’t the opposite of joy, she’s her partner.

With the movie already being used by mental health facilities throughout the world, to help kids understand the crooked ways of our minds, it truly is a revolutionary concept and stands a good chance at the Academy Awards.