While listening to the song- ‘Before you go’ by Lewis Capaldi, I felt that there has to be some hint of an answer to people with the same questions: "Before you go, was there something I could've said to make your heartbeat better? If only I'd have known you had a storm to weather".

Consider this a reply from the beyond, to everyone they left behind, hoping to soothe the unimaginable grief from losing a loved one to the ever-stigmatized term - suicide. This is what I imagine they'd want you to know:

“Hear me out, dear one. Don't cry yet again. Don't say that I gave up too soon, for I tried for as long as I could. Instead, find solace in the fact that I fought so bravely, for so long. I did keep you in mind, every time I had backed out from actually ending it. I thought about how much it would hurt you to see me gone. Know that this very thought had kept my life going, for all the time I stayed. It gave me a reason to look past my agony.

Although people say that I took the easy way out, know that it was, in reality, the toughest thing I'd had to do. To believe that whatever unknown journey that awaits me beyond this life, is far better than living it, wasn't easy at all. I understand that you are angry. You're looking for someone to blame, but I've made it that much harder for you. I know when you think of me now, you can't help but look at me as both the victim and the murderer. I need you to know that I decided to go through my pain all alone because it was not something to be fully understood by another individual. This kind of torment was meant to be felt hard and to be felt in solitude. To help ease the aching, I tried relating my suffering to someone else's. We know now that it didn’t help much.

Think of this as a kind of progressive disease, in which a person has a chance of surviving, but also, an equal chance of losing. I tried so hard to make a logical decision. But when the pain started to manifest physically, that's when I started losing my hope, and eventually, my sanity. The reason why most people, like you, can't come to terms with this kind of death, is because mental illness is never considered as a terminal disease. For instance, had I been diagnosed with severe tuberculosis or stage-IV cancer, you would have come to terms with the fact that I wouldn’t have had much time left. Had I told you that I had depression, it would've been downplayed and ignored quickly, which would have only aggravated my illness that much faster. So trust me, it was better to do this alone.

I wasn't trying to be selfish. On the contrary, I wanted to spare you the pain of loving someone who went through what I had undergone. This was my purpose in life, love. I had to go through all that pain and process it in the most awful ways possible. Once I did and understood it wholly, my time on Earth was up. I wasn't bound by materialistic purposes of false achievements and unrealistic validations set by society.

I only ask you to see me as a life ‘fulfilled’. Remember me from all the good times we had. I know I would, if places were reversed. Life is transient as you know, but finding one's purpose is eternally the only goal that matters. I did find mine. I hope you find yours.

Bring with you many happy and cheerful stories, from when I missed out. Until we meet again. 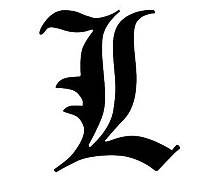 Ever since the current lockdown commenced, it became our only mission to indulge in a myriad of TV series and movies. We have now lost count of the number of titles we’ve finished watching as the lockdown seems to extend into an eternity. Netflix and