Ever since the current lockdown commenced, it became our only mission to indulge in a myriad of TV series and movies. We have now lost count of the number of titles we’ve finished watching as the lockdown seems to extend into an eternity. Netflix and Amazon Prime recommendations have been watched and extensively exhausted. But there is one more category of visual entertainment that deserves more attention: Anime!

Most anime is similar to the TV shows we regularly watch, and I would like to recommend my top 5 anime for those who want to try watching an anime for the first time. My goal through this is to propagate an anime-watching culture among everyone reading this! Give me the benefit of the doubt here and you will watch yourself slowly getting enraptured by anime, and embracing the craze of the ‘otaku’ culture!

This anime is set in a universe where alchemy, the practice of transmuting matter exists. It follows the journey of two brothers, Edward and Alphonse, who try their hand at performing alchemy to revive their deceased mother. But they end up losing their body parts in the process, owing to the fact that they performed the forbidden act of alchemy – human transmutation. Edward and Alphonse venture on a mission to recover their lost bodies, allying with several people and aiming to vanquish malicious forces called Homunculi (artificial humans) who seek world domination.

This anime is a solid 10/10. It is an emotional ride through an action-packed world with each character playing a pivotal role in the story. The animation is very fluid, fast-paced and has a soundtrack which complements and enhances the overall experience of this series.

“This world is a rotten place” is the constant thought that lingers in the mind of Light Yagami, the protagonist of the series. On a seemingly boring day at school, Light happens to notice a mysterious notebook called the ‘Death Note’ landing on the school grounds. He picks it up out of curiosity, only to meet Ryuk, a Death God (or a Shinigami) who briefs him about the purpose that the book serves. Just as the title of the book suggests, Light discovers that this book can kill anyone whose name is written in it and decides to use as a weapon to ‘fix this world’ by donning an alias with the mission of eliminating all the criminals in the society. However, Light’s plans don’t go as smoothly as he desires, when ‘L’, an independent, astute detective vows to thwart his schemes and nab him red-handed.

An intense and thrilling game of cat and mouse is the central idea behind this anime. This series is absolutely enthralling owing to its dark tone, the unique characters who engage in a battle of wits and a ‘brainwave inducing’ soundtrack.

A sudden mutation in a baby on Earth grants the baby with a superpower allowing it to emit an aura. This mutation which was passed over generations, has now established a superhuman society, where each human being has been bestowed with unique and mysterious powers called quirks. However, only 80% of the world possess such quirks. Izuku Midoriya, the lead character, unfortunately falls into the category of the ‘quirk-less’. His dream is to become the world’s best hero and aims to become as good as All Might, the current #1 hero. He expresses his anguish to All Might, whom he meets in a chance encounter. This incident changes Midoriya’s life forever, and he embarks on a journey to become the world’s best hero under All Might’s guidance.

In every instance, this anime conveys the message of ‘never give up’. It is different from the typical series of portraying good vs evil. My Hero Academia’s protagonists are not guaranteed victory in each of their endeavors, and their loss only makes them stronger and wiser. The art style and the pacing of the animation combine together to form a visual treat, and the goosebumps-inducing soundtrack fills the viewers ears with a joy you have to experience to understand.

Tiny alien cells drop down to the Earth from the sky, and they invade the minds of human hosts by infiltrating their bodies through the nasal or auditory openings. The main character, Shinichi Izumi, almost loses his body to a parasitic cell, only to sneeze it out in his sleep. What seems like a victory for Shinichi suddenly turned upside down, when the parasitic cell attacks his hand. However, He stops the parasite from entering his brain and suppresses it in place by tying his earphones around his arm and squeezing the same to inhibit any movement. He wakes up in the morning and was horrified to see that the parasite developing a personality of his own by invading his right hand and using it as its own body. The story revolves around how Shinichi and the parasite, who is later named Migi, co-exist and form a symbiotic relationship and how they fend off other hostile parasitic creatures, uncovering many secrets about them in the process.

This story explores the relationship between humans and extraterrestrial beings. The bond between Shinichi and Migi is heartwarming to watch. The integration of fascinating, gory scenes with the EDM and Dubstep genres of music puts Parasyte -The Maxim in an esteemed niche for itself in this list.

Hinata Shouyo, a middle-schooler, loves to play volleyball and wants to participate in the inter-school volleyball tournament. With a team formed from scraps with his friends and few interested juniors, he manages to participate in the tournament, only to brutally lose in the very first round. He challenges the opposing team’s captain, Kageyama Tobio with the promise to defeat him in the high school volleyball tournament. He is heavily inspired by The Little Giant, a volleyball player playing for Karasuno High School. He joins the same school but much to his dismay, he discovers that his rival Kageyama has also enrolled himself there. Hinata must now overcome various challenges in forming a team with Kageyama and aiming to become the best volleyball player.

Sports anime usually tend to depict their characters as overpowered, supernatural beings, but Haikyuu breaks free from all those shackles and stays true in portraying the players harnessing their natural talents. A multitude of poignant moments coupled with the stimulating soundtrack makes Haikyuu a masterpiece of an anime.

That concludes my top 5 anime list. So, go, grab some snacks and drinks, switch on your TV and tune in to any one or even all of these shows! 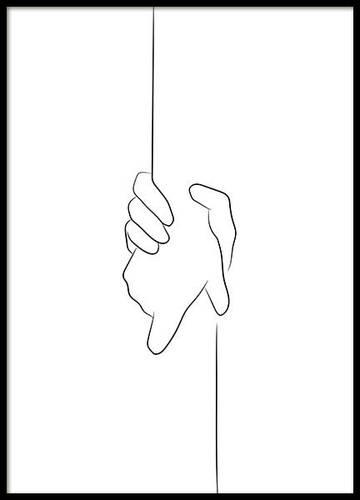 While listening to the song- ‘Before you go’ by Lewis Capaldi, I felt that there has to be some hint of an answer to people with the same questions: "Before you go, was there something I could've said to make your heartbeat better? If only I'd have k