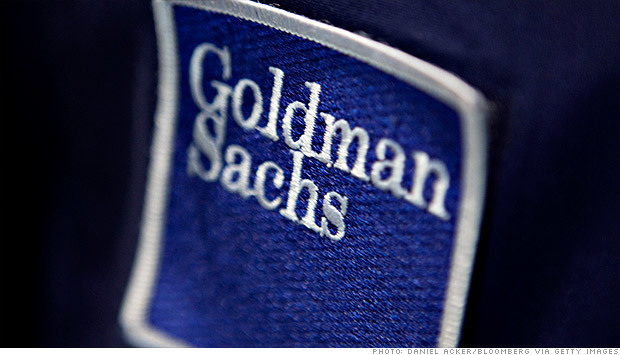 Ramanuja Naidu aka Ram was like any other CEGian- hanging around in Gurunath when he should've really been in class, messing around with his friends in the beach on the night before the semester etc. His life took a turn, however, when he accomplished what every student in this college aspires to do, i.e, when he got into Goldman Sachs.

Before a comprehensive analysis of how he got into Goldman Sachs, explanations are due. Goldman Sachs is a leading global investment banking, securities and investment management firm that provides a wide range of financial services to a substantial and diversified client base that includes corporations, financial institutions, governments and high-net-worth individuals. If you didn't get that, it's alright. It's a bank for the rich people that pays its employees really, really well.

For those of you who don't know him, Ram had a 9.7 CGPA until his 7th semester and was actively involved in the CSEA. When he was done with his 6th semester internship at Goldman Sachs they were only too happy to offer him a job there. How he got his internship however, is a completely different story.

After being rejected by Microsoft and EA, and skipping the Amazon interview because he was too cool for it, he had lost all hopes of ever getting an internship anywhere. That's when he got the call that changed his life. On being informed about the Goldman interview an hour before, he decided to give it a shot. He explains, "I didn't think I did the written test very well so I decided to sit in class and skip the pre-placement talks. But when I got a call asking me to come for the second round, I literally ran all the way to the CUIC where I was sent back because I wasn't wearing formals". Being the last person to be interviewed that day, he had to go through a cumbersome 2 hour interview after which he finally got in to Goldman Sachs.

Absolute freedom is what he feels working at Goldman Sachs' Global Data Center (GDC), where he helps with provisioning and setting up of servers and their automation. With a work culture befitting of the banking giant, he explains that Goldman Sachs isn't a normal workplace. Having offices with no cabins, they try to create an inclusive work environment in which the employee is self-motivated to work for the company. Says Ram, "Despite the pressures of the job, it's a real pleasure to work in Goldman Sachs".

With four years of experience in Anna University, he is qualified to write a guide to surviving it. For juniors though, his advice is to take it slow and strike a balance between having fun but not having too much of it. He also adds that maintaining a good CGPA is integral in whatever you want to do after college. He sets the yardstick for a good CGPA at anything above 8.5.

Having no plans of an M.S degree, Ram aspires to do an MBA in the future. Here's wishing him all the best for that