Warning: As a strict fan of Prof. River Song, No Spoilers ahead.

Doctor Who? Well that’s the question, isn’t it? Multiple generations have pondered about this simple, but inherent mystery, seamlessly ingrained deep in the core of the show. The irony is, none of the show’s fans know the real name of the Doctor.

The Doctor, at first glance, may seem like the physical personification of ‘wanderlust’, or an adrenaline junkie who loves to go around on adventures. But as one advances through the episodes, the complexity of the Doctor’s character unravels and shines through in a myriad of ways. The fact that the Doctor has a TARDIS (Time and Relative Dimensions in Space), a bigger-on-the-inside vehicle, that can travel through time and space, but stuck in the form of a Blue Police Box exterior (due to a faulty Chameleon circuit), makes one think, “Hey, that’s an interesting premise!” But Doctor Who takes its time to explore the issues and aspects of an immortal, space-time traveling alien.

Think about having an eternity of time in your hands, to do as you please, with the means to tour across time and space, anywhere in the universe. What would you do? Would you want to explore the Jurassic era? Or maybe meet your heroes like Agatha Christie, Vincent Van Gogh, or Rosa Parks? Perhaps you would be tempted to make a pit stop to see your near and dear family in their primes? How would you like to explore faraway planets, and meet new lifeforms? What about witnessing the destruction of our home planet, Earth? How would you react if you were forced to watch the end of the known universe? Or the end of time itself?

These are just some of the million scenarios that we get to watch and marvel at, in each of those visually aesthetic 45-minute episodes. The show is rich in science fiction and history. It makes you ponder over questions of philosophy, ethical dilemma, and science. Doctor Who manages to strike the balance between dark deep plots, mystery thrillers, silly antics, loads of sass, and historical theories. It makes use of every tool in the kit to enhance the storytelling with breath-taking visuals (but with some tacky animation at times), phenomenal background scores, some fantastic shots of running (there’s a lot of running in this show), lighthearted comedy that does not put in danger the heart-wrenching scenes, impeccable dialogues and of course, the actors’ emotive acting.

The biggest plus points in Doctor Who are the character development and the plot-driven storylines. While this may seem pretty obvious, there’s a certain uniqueness to these aspects in the show that no other shows were able to integrate or mimic. The Doctor is the most observed character in the show, and yet, is the least known. The character is depicted as both benevolent but selfish, compassionate yet arrogant, and with a knowledge surpassing most of the universe’s inhabitants’ (She/he can even speak baby!). He/she keeps changing through multiple forms. The character is so dynamic, that to date, 14 actors have portrayed him/her throughout the 57 years of the show’s run. And yet, each of these different versions of the doctor, though different in mannerisms and idiosyncrasies, continue to be a two-hearted pacifist alien, equipped only with a trusty sonic screwdriver. They may be the same person, yet they think differently, their priorities are different. Although they are still the same maniac in a blue box, a lonely god, or a humane alien, each version is divergent. 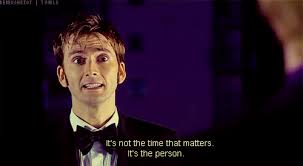 The show must be applauded for its diversified cast and for giving us some of the most iconic duos and legendary monologues. ‘Don’t be lasagna’, ‘Bananas are awesome’, and ‘Bowties and fezzes are cool’, are just some of the quintessential phrases from the show. The best aspect and one of my favorite attributes of the show is the continuity- be it in terms of plot, the consistency, or the recurring appearances of certain incessant evils, hell-bent on extermination. There are a plethora of inside jokes and multiple subplots that tie up every loose end, to present a riveting, multifaceted story that keeps evolving - from a non-linear, non-subjective viewpoint, to a big ball of ‘wibbly-wobbly timey-wimey’ stuff. 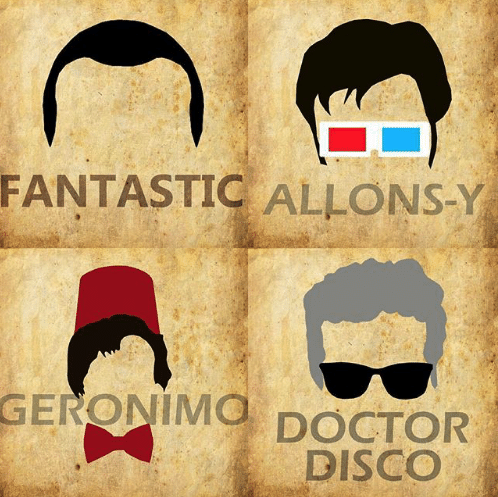 So, what else are you waiting for? A personal recommendation from the President of the Earth to watch the show? Let's get a shift on. Allons-y!