The one real, imminent disaster out there that really matters is the Climate Change. Most of us would probably be aware of climate change, for those who are not, the most abstract explanation of the cause of climate change, is the emission of CO2.  The sky above us is a thin shell, consisting of few layers of gases, and we have been hammering this thin shell for a long time now, and this has certain caustic effects on our climate.

From 1900s the lower layers of the sky have been heating up. This is due to the emission of tonnes of CO2. Whenever CO2 accumulates, it rises the temperature by some factor. If we look back, from 1970s, we humans started using fossil fuels and cement extensively and have put up nearly 2000 Giga tonnes of CO2 into the sky, in just 30 years. That's 2 million tonnes of CO2, that's a lot of heat!There are certain groups of people who are still debating about the very existence of such data and call it a scientific hoax. But the truth is, this is a boat that's been afloat for more than 30 years now, and we are still debating whether ships can float.

The ice caps in the north were meant to reflect the warmth from the sun, but ironically, the water beneath them started to boil and eventually many glaciers fell. If we continue heating, the water level would go up by a whopping metre in just 100 years. Few years ago, the average temperature in America, unpredictably, fell down by a degree, and consequently most of the Northern America was covered in thick ice sheets, but how would temperature drop if we are heating stuff? We don't know! These events evidently suggest the intricate structure of the problem.

Why is it so complex? Suppose we are trying to predict the effects of this problem, we create a decent model from the data we have collected for the last 30 years and project outward along the graph, at each step(in time) in the graph, the unreliability increases considerably and once we go 50 years ahead, the error bars become so wide that we can't predict the positive and negative pitfalls that lie ahead because of our actions. Therefore such a model is unreliable to even begin with. The problem is; we have NO IDEA, as to how to face this. Another event, aggravating the complexity of the issue is that, there are more trees in northern hemisphere, than there was 100 years ago. Surprisingly it's because people burned coal instead of wood. So does this imply we should burn coal? Of course not.

What would be the solution to this problem? First of all, it's not even relevant to phrase such a question, with the gigantic complexity that this problem brings with it.

One immediate, evident solution that popped in everyone's mind is, solar and wind energy, well, let's hold our horses there. Germany, once tried it and unfortunately, they failed, mainly because we can't store this energy once we produce it. And moreover when the sun went down at night, they had to turn on the coal-fired plants again. This hugely hit the economy, electricity prices boomed up, and carbon emission unexpectedly became higher than earlier, so that's not as easy as we think. Another immediate solution that comes to our mind; we can't consume as much as we do now. But for an average man to even care about the environment, we've got to get our GDP to great heights, and yes, the environment will get better if we do so. Hence we can build a humane case, as to bring up the poor by giving them incentives, and then at a point they actually start thinking about caring about the environment.

And then there's Global warming!  Solutions like ban factories, vehicles et cetera, are pretty absurd and highly impractical. But there has to be some way in which we can slow this down, so thinking about decreasing the depletion rate, one gentleman, named Bjorne Long Berk, a UN member, lined up the UN millennial goals (200 goals - practically a wish list)and assembled Nobel prize-winning economists, and ranked the Goals based on their ROI (Return On Investment) and to everybody's surprise, looking at the other problems we have, addressing global warming wasn't even on the list! His work ultimately suggested that improving child nutrition in developing countries is one key factor that will slow down these. What does child nutrition has anything to do with Climate change? As stated above, this is way too complicated, by bringing up child nutrition; we expect to produce good brains, so that they would think about a solution. This might seem like a far-fetched idea, but factoring in the brain power is quintessential and practical.

We are not going to stop driving cars, using mobile phones, consuming electricity.  So, if we do not start thinking about slowing down the humongous devil waiting to swallow us, no one can help us. As we can see, the acceleration of the "fall" has become greater. Evidently climate disruption is happening everywhere and the Amazon forest is one of the several examples. So from today, it's our responsibility to be accountable and factor in everything we use, vehicles, plastics, mobiles and so on. Let's try to slow it down to the very maximum. Even though, there might be some logical suggestions as a cure to this problem, practically it would result in a total economic revamp, which again is not far from impossible. 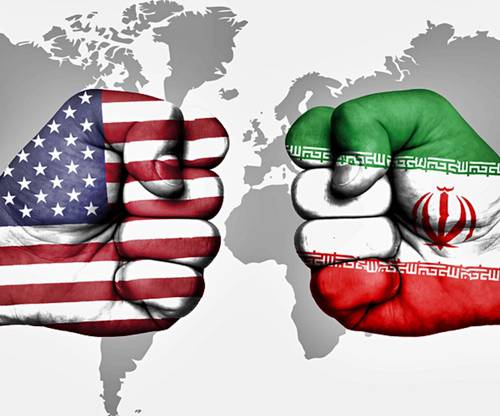 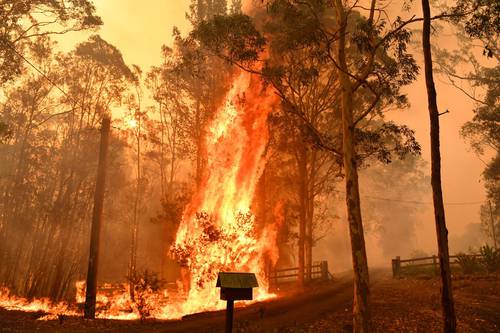 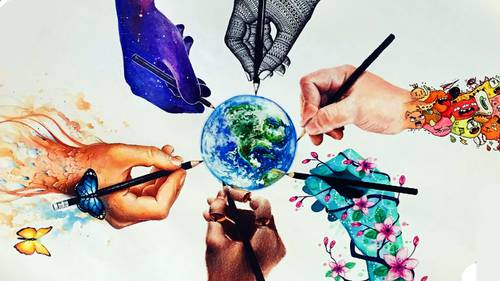 Art: should it be understood or appreciated? 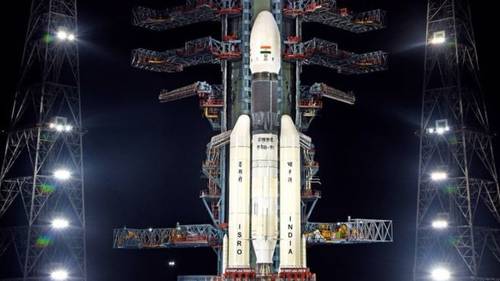