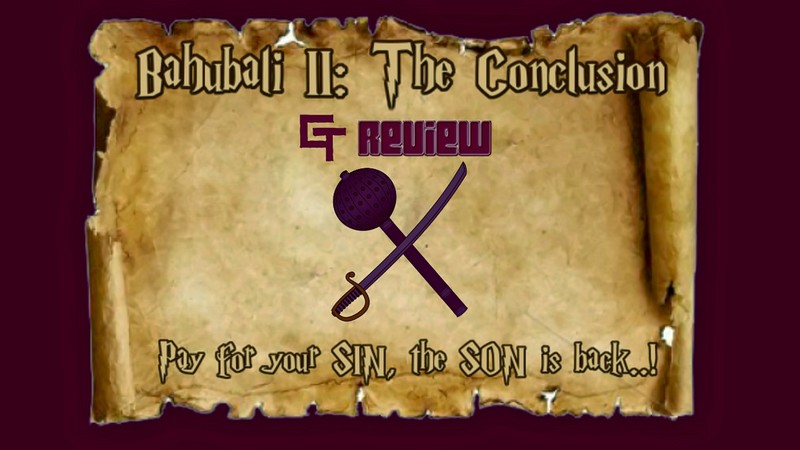 The time has come, when everyone is booking tickets in advance for a movie with guaranteed mass appeal and entertainment. In other words, it’s not about watching the movie on the big screen, it’s about how early you watch it before someone reveals the answer to the question: ‘Why did Kattapa kill Baahubali?’ Baahubali is not just a movie, it’s a celebration. One of the most anticipated movies of this era, Baahubali 2: The Conclusion hit the screens this Friday and the Facebook check-ins reached around one lakh in two days.

The onscreen hero, Prabhas, radiates so much positive energy in his acting and dialogue delivery, that he has awestruck in both action and romantic scenes. Behind the lens, we have another hero-the director S.S.Rajamouli, who stunned us with his unbelievable VFX and screenplay in Magadheera, Naan Ee and Bahubali: The Beginning. His work is so mesmerising that the audience and critics forget the plot holes and watch his films for its visual elements. I can say with confidence that Rajamouli is the only director in recent times to have film critics hypnotised with his perfectionism.

M.M.Keeravani has done complete justice to the theme and background score in such a way that you can close your eyes and understand the storyline with the re-recording and perfectly penned dialogues in both Tamil and Telugu (the movie is bilingual). Even the Hindi version has some catchy dialogues with good voice-overs.

On the technical side, we have Kottagiri Venkateswara Rao and Thammi Raju, both of whom have done a splendid job with the editing. Arka Media Works also deserves a special mention for investing their time and money and realising Rajamouli’s vision exceptionally well.

In spite of the story being a “normal bedtime story” - a son who discovers his past, avenges to take revenge for his father’s death and save his mother being held captive by the villain for 25 years, and finally, saves the people and the kingdom.

Rajamouli hypnotises the viewers and takes them back to their childhood days, bringing alive their fantasies that they yearned for in their school days. The cinematographer deserves an ovation, particularly for the introductory scenes of the hero and heroine.

Coming back to the star cast and their performances, we have a dedicated hero, Prabhas, who devoted five precious years of his career for a single film despite being a much sought-after hero. His dedication and performance are beyond words of appreciation in any language. Anushka, whose hard work was under-rated in the first franchise, has now gotten a more concrete role of Devasena. Ramya Krishnan’s acting made everyone wake up from the Neelambari hangover and now, she will be remembered as the bold Sivagami for decades to come. Nasser and Sathyaraj also played pivotal roles, with the latter keeping the audience alive with his humour in the first half and his signature performance in second half. Rana Daggubati played his character to perfection. In my opinion, Tammanah was an unnecessary character with no real screen presence. I felt her role had been poorly written in the first part as well. 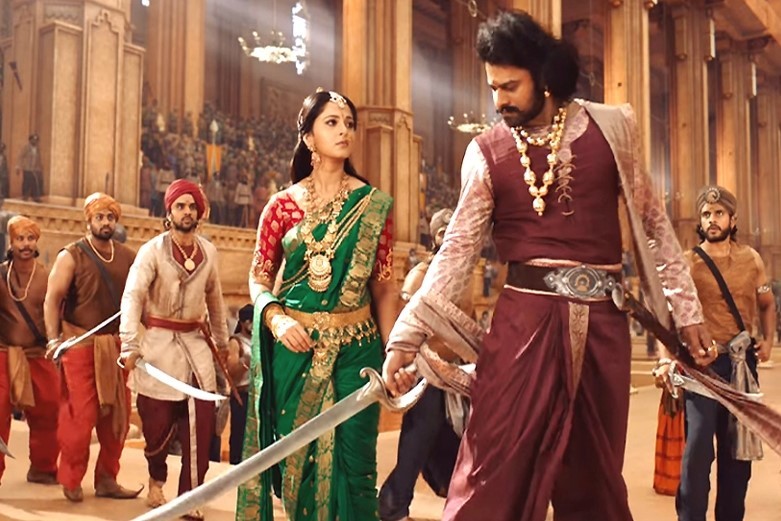 Bottom-line: SSR’s story telling skills and exquisite VFX transport you to a new world, making the fictional Mahismati kingdom believable. When the movie ends, you feel an extreme emptiness like after a dream which you don’t want to wake up from.