It was a pleasant morning in the Chamoli District of Uttarakhand when the entire region first witnessed a glacier burst that led to massive floods, consequently damaging the Rishigaya Hydro project, NTPC hydro project in Tapovan, and Dhauliganga hydel project. The outburst not only resulted in unimaginable collateral damage to these projects but also washed away countless villages, displacing many residents of the area.

Though the outburst came as a shock to many, the region has always been known for its geological instability. The massive earthquake in 1999, the hydro-meteorological disaster in 2004, or the Uttarakhand floods in 2013 being a few examples. An interesting fact to note here is that studies dating back to 2019 issued a warning of a possible repetition of a Kedarnath-like tragedy that claimed the lives of hundreds of civilians.

As per dynamic data from the SRDF, 50 people are confirmed dead, and 154 are still missing, most of whom were workers at the project site. While experts are still uncertain about the cause for the massive outburst, it is currently assumed to be a GLOF (Glacial Lake Outburst Flood), which is a breach in the glacier due to glacial retreats that leave significant amounts of water behind in the form of proglacial lakes.

Many experts have also hypothesized that the reason for this outburst could have been a landslide or avalanche. "We don't know of any big glacial lakes in this region. An avalanche is quite common, and there could have been one, but an avalanche on its own would not result in an increase in the flow of water in the river. The water has to come from a source. As of now, we do not know what this source is," said Professor H C Nainwal, a glaciologist at the Hemwati Nandan Bahugina Harhwal University in Srinagar. However, Argha Banerjee, a glaciologist at the Indian Institute of Science Education and Research (IISER) in Pune, argues that there could have been a glacial lake in the region unknown to many.

Nevertheless, there are five NDRF teams (one from Dehradun and four from New Delhi) that have been mobilized for an emergency rescue operation to locate those displaced by the floods and continue to evacuate thousands of locals. The Indian Army has also committed to six columns, with a hundred soldiers each, and aerial monitoring with one Advanced Light Helicopter (ALH) and two Cheetah helicopters.

The CM of Uttarakhand, Shri Trivendra Singh Rawat, made an aerial survey of the region and announced that the number of people missing is likely to rise. He also stated that the Army, Into-Tibetian Border Police (ITBP), and personnel from the State and National Disaster Relief Forces are conducting rescue operations. He further conveyed that though experts are working around the clock to determine a precise reason behind the disaster with the government aiming is to save as many lives as possible with the full support of the central government.

Many global leaders offered their condolences to the victims' families, French President Emmanuel Macron, and the Japanese Ambassador to India Satoshi Suzuki, to name a few. The United Nations Secretary-General António Guterres also conveyed via a press statement that he was deeply saddened by the reported loss of life and dozens missing due to the glacial outburst and offered condolences to the families of the victims. He also said that the United Nations stands ready to contribute to ongoing rescue and assistance efforts if necessary.

With the ongoing rescue operations to help save as many civilians and experts working to confirm the glacial outburst's actual cause, it is the need of the hour for the entire nation to stand united with the families of the victims and pray for the speedy recovery of those injured or displaced due to the disaster. 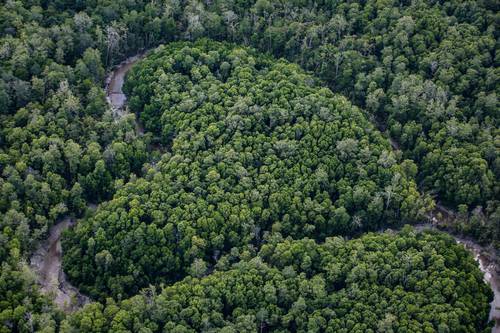