You might think that the ‘lockdown’ might be the only way to curb the virus, but a counter-intuitive strategy might also work, but only in countries with higher number of youth. The Recent Pandemic has left everyone stuck in their homes, with no other go than to stay on strict quarantine rules. Apart from that, new studies have shown a way in which the pandemic can be curbed immediately, but might pose a very huge risk to the country if not dealt with in an effective manner!

This counter-intuitive method is called ‘herd immunity’. And it involves exposing all the citizens, except the ones above the age of 60, and below 5, who are easily prone to the adverse effects of the virus.

‘A study by researchers at Center for Disease Dynamics, Economics and Policy and Princeton University has suggested that India can attain herd immunity among 60% of its population within seven months — or as early as December — if it allows people under 60 to get back to normal life.

India has the most desirable demography to aim for herd immunity: 82% of the population is less than 50, who, if infected, will have mild symptoms; their crude case fatality is less than 0.2%.

Another 8% are between 50-59, with a fatality of 0.4-1%. Encouraging individuals under 60 to restart their normal lives will expose them to the virus and a vast majority, more than 99.7%, will attain immunity. A strategy to acquire herd immunity will improve the chances of surviving Covid-19 with much less damage to lives as well as livelihoods.’ -Economic Times.

But then upon close introspection of this method, I can find out reasons; as to why this would practically not work in India!

1.The Healthcare system will be put under tremendous pressure and break down.

The ICMR states that the no of Covid-19 cases is expected to reach its peak only by Mid-November. But in today’s situation, the shortage of ventilators have already started and people who have lesser chances to survive are urged to give up their ventilators to people with a higher chance of survival. If this is the case now; upon releasing the lockdown, the cases will surge to such an extent that the Medical industry will not be able to deal with it. Hence not only India, but no country is equipped to deal with such a massive upsurge in the no of cases.

In India, most of the positions in various organizations are service-based rather than result-based, especially in the government sector, where most of the Officials in the Higher Rankings or Administrative positions are comparitively aged ones. Hence, in the midst of creating a herd immunity in India, the country might mistakenly eradicate these assets to the nation and will eventually lead to chaos within the country unnecessarily.

Apart from the above mentioned  issues, people in India mainly live in Joint-Family type households, hence isolating  the elderly people belonging to a particular household from the younger ones will be a tough task to execute. 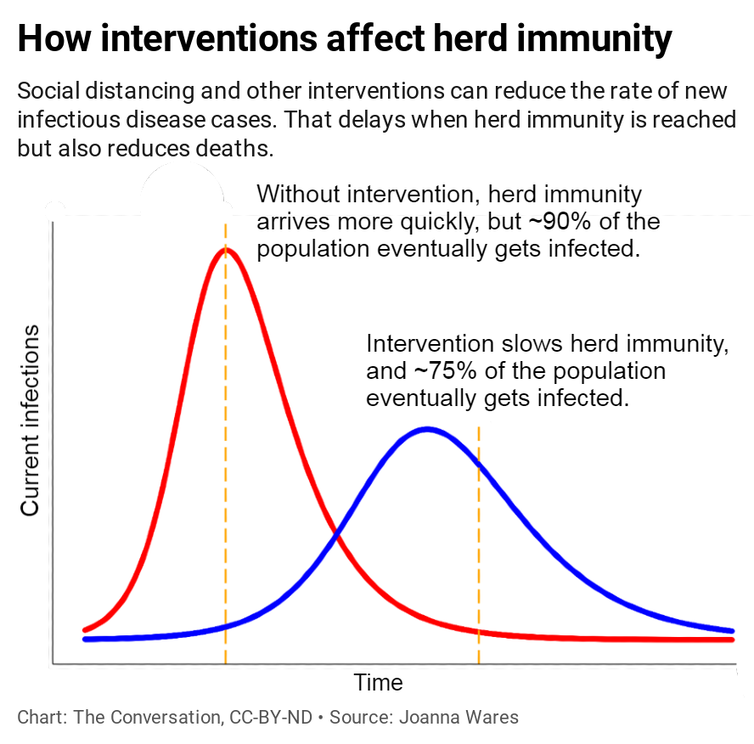 Hence due to these logical loopholes, which can cost the country a lot, personally, I feel it’s better to curb the virus with a patient lockdown. Although we might have a huge economic setback since everyone is at home, losing out on  invaluable section of our population might leave the youth without a sense of the right direction in the coming years, thus let us all quarantine strictly and hope for the cases to descend so that we can return to our normal lifestyles as soon as possible.