A Startup is where, instead of joining a company, we start one. We create a company and WE employ others. Although, it sounds cool & awesome, it has it's pros & cons. Most of the time, the one main problem that everyone faces when launching a startup is finance. When you plan to launch a startup, you have to consider the fact that YOU are the only source of money. That's why, to help us get a clear idea of a startup & to help us launch a startup for free, Entrepreneurship Development CEll, CEG brought a person who has successfully launched a startup with just Rs. 57,600, Mr. Sreenivas Saba, to give an expert lecture on 'How to launch a startup for free' on 19th of August, 2014 to CEG's TAG Auditorium. 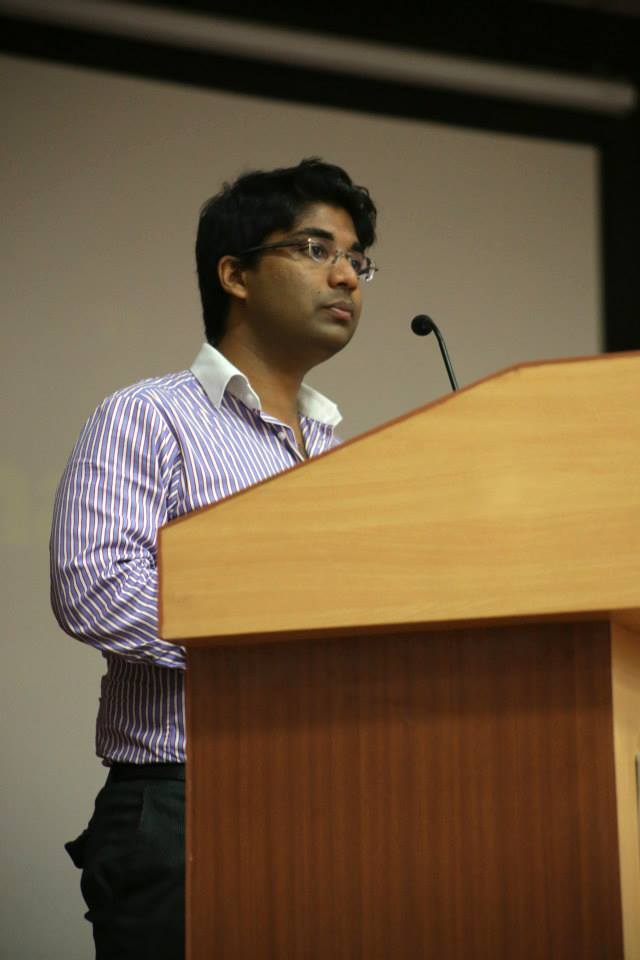 When he first decided to launch a startup, he went searching for a domain name. He first opted for the name 'eCouriers' but it costed $80,000 and so, he went a little funky by replacing the ’s’ with a 'z'. And that domain name 'eCourierz' cost him only $10.

Another coincidence which boosted up his confidence was that, his company was registered on 2nd February, which was the same date that Facebook was launched 10 years ago. 87% of the expenses he used for making the website of eCourierz was for the IT team from our college.

During his lecture, he called for volunteers out of the audience without mentioning what task they had to do. After a few minutes of silence, only 2 people out of the audience went to the stage. He appreciated them and gave them a full box of Krispy Kreme donuts (And at that point of time, I wished that I had gone). He said,"This is the attitude that we must have in life". Then, he gave an enlightening lecture about startups.

The most important message that he gave was ‘One startup never puts another startup out of business’. What he meant by this was, if there is another startup with the same idea as yours, it won’t be affected as long as you keep innovating and implementing new ideas. And also, if you are planning to launch a startup, until you discover and validate your business model, you mustn’t go to investors for funding. He also mentioned that ‘The Lean Startup’ book by Eric Ries is one of the best books that one must read about startups.

Those who are considering to launch a startup should look up to Mr. Sreenivas Saba as an example and remember that we, as students, can start anything from scratch and make it really big!