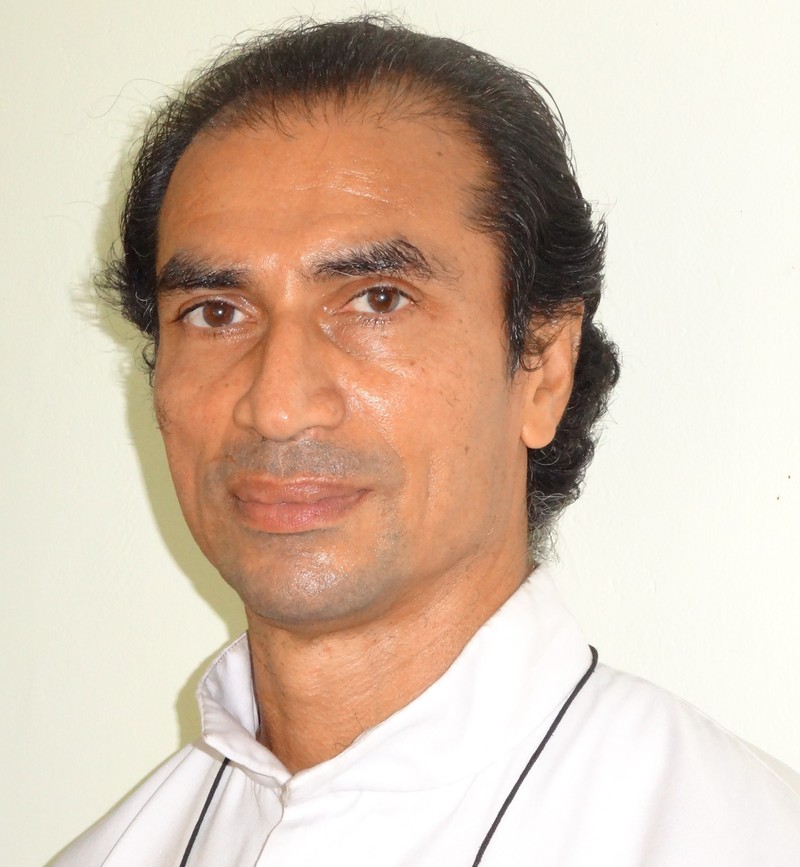 It doesn't take a genius to figure out why he is one of the most popular professors in campus. Five minutes with him and I already feel positive about the rest of my day. It is perhaps this childlike enthusiasm and contagious smile that makes him the favourite of many in the CEG campus.

A life full of dedicated service to his church, he has been teaching and preaching all his life. His zest for learning is evident in his various academic pursuits. What started out as a B.Tech in Civil engineering, in a college in Kerala as part of his curriculum to become a priest, he went on to do a degree in Theology followed by an MCA degree from, what is now known as, Christ University. His tryst with Anna University began in 2000 when he arrived to do an M.Tech course while simultaneously teaching a dual degree UG course.

His life however, changed completely in the year 2001, when he was recommended to do a PhD program with Dr. A.P.J. Abdul Kalam. Just talking about his mentor brings so much respect in him. Like a child recollecting his first birthday party, Dr. George goes on to explain how he first met Dr. Kalam, who at that point was a National Security Advisor to the Prime Minister. The first impression he gave Dr. Kalam however, was not exactly what one might call a best impression.

Unlike the other VIPs who went into the room with an air of self-importance and a complete lack of awareness about their surroundings, Dr. Kalam came out in the calmest way possible, looking around to see what was happening and who was waiting.

When he didn't get a reply for his email to Dr. Kalam on his request for a PhD guide, Professor George was advised to take matters in his own hands and go meet the soon to be President of India. Being an Anna University student, he didn't need a prior appointment to meet Dr. Kalam. After waiting in line for three hours and rehearsing what he was going to say when he met him, he was disappointed to find that Dr. Kalam had a flight to catch and couldn't meet him as he was leaving for the day. A disgruntled Dr. George just stood there at the waiting room not knowing what to do. What followed was undoubtedly one of the most defining moments of Dr. George's career. He explains, "Unlike the other VIPs who went into the room with an air of self-importance and a complete lack of awareness about their surroundings, Dr. Kalam came out in the calmest way possible, looking around to see what was happening and who was waiting. When he saw me, I froze. He asked me what I was doing and why I was there. Not knowing what to say, I stood there quietly, smiling. He asked me again as to why I was there. Not wanting to annoy him, I told him I was a student of Anna University and that I could meet him later. Not satisfied with my answer, he asked me again. Eager to make an impression, I started saying the sentence I had rehearsed. Words escaped me. After trying thrice, I finally gave up. Then Dr. Kalam asked me to sit down." What followed was a conversation about Dr. George and who he was. When he realised Professor George was finally calm, he promised to give him time when he came back and then they could have a nice long conversation.

Having spent the entire duration of his research with Dr. Kalam, he has nothing short of excellent things to say about him. Whether it was the early morning jogging sessions or the time when he brought back crates of research papers for Dr. George from Delhi, he seems to remember every little particular about his time with Dr. Kalam, much like his mentor. Says Professor George, "Dr. Kalam is one of the most considerate people I know. He remembers every minute detail about everybody".

One would think Dr. Kalam becoming the President would change the nature of their relationship. That's where most people are wrong. Before Dr. Kalam accepted the nomination for presidency, he confirmed with the then Vice Chancellor if he could continue his guidance for his research student.

Only when he was assured that he would be allowed to continue his research, Dr. Abdul Kalam accepted his nomination for presidency.

It is impossible not to see the pride in Dr. George’s eyes when he explains all this.

After almost an hour talking about Dr. Kalam I almost forget that this interview is about Professor George. As I struggle to bring the interview back on track we talk about his life as a priest and how it has influenced his career as a professor. Being a priest he isn't bound by limitations such as a family. Having no children he treats all his students like his own and seeks to set a standard amongst his students.

Dr. George loves teaching, so much that once he wrote a letter to the university asking them to allow him to teach in a room for twelve hours straight and allow anybody to attend his lecture, without record of who attended the class or what was being taught. Although his proposal was rejected, he continues to work tirelessly for the university and its students. The results of his work are blatant in the student feedback sheet where he manages to get a perfect score every time.

Despite his soft and kind words, one knows he means business. He strongly believes that students should deserve the grades they get and should have a strong foundation in any subject they learn.

When asked what he looks for in an ideal student, he replies that a student should never ‘stand’ and goes on to explain the three types of standing. The first being, latecomers waiting to get his permission to get inside the class (they should just waltz inside). The second kind is to stand when he enters the class (out of respect). He doesn't seem to be a big fan of either of these "standings" but the one type of standing which he hates is that the student simply stands when he is asked a question. He firmly believes that his students must be bold when answering his questions, right or wrong, and also must be courageous enough to challenge the professor when he is wrong.

As we speak, students of all years crowd around him and discuss his departure from the university. Having caught him on the day that he had submitted his relieving letter, I'm forced to ask him details. With a heavy heart he calmly tells me that his church in Kerala had recently started a college and they needed a principal for which he was ordered back to Kerala by his congregation. Despite not being a big fan of this city's climate, food or hygiene, for which I wouldn't blame him, Dr. George says that he will miss the big hearts of the Tamil people, the most. "Malayalis, much like their script, are complex people. The Tamil people however, just like the Tamil letters are straight forward and simple", he observes.

Kalla in Malayalam means thief, thiru is a sign of respect much like mister and frankly I have no idea what mali is. A Tamil equivalent of this word would be thiruttupayale

Towards the end of the interview I asked him the question that I know everybody in this college had had at some point in their interaction with Dr. George. What is kallathirumali? Dr. George laughs hard before explaining, "Kalla in Malayalam means thief, thiru is a sign of respect much like mister and frankly I have no idea what mali is. A Tamil equivalent of this word would be thiruttupayale".

As my interview comes to an end, I realize that this man is someone who will definitely be missed when his tenure ends. Here's bidding him a farewell on behalf of all his Kallathirumalis.