Evolving from basic image edits to make people laugh, into rhetorical devices capable of spreading information, memes have established themselves as one of the primary methods of communication on the Internet today. Funny, silly or poignant, this simple digital medium captures our attention in particularly unique ways. Memes help people share their emotions, vulnerabilities and shortcomings, their quirky or dorky sides, that otherwise cannot be publicly displayed in front of an ever-judging audience. Memes, in a way, help us to distance ourselves from a behavioral trait or emotion, yet make it relatable and comical.

Memes in the early days were quite simple. The first few memes in the early 2000s were called ‘Macro Memes’. They had a central image and a text. Most weren’t manipulated and were made using software like MS Paint. The ‘Success Kid’ meme is one of the popular memes from this era. 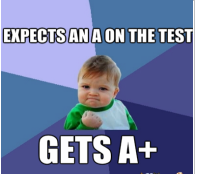 Sammy, a.k.a. ‘Success Kid’, became a trending meme when he was just a kid. His mom, Laney Griner, wanted to take a picture of him trying to eat sand on the beach. She then uploaded the picture on Flickr and it soon became a hit. Initially concerned over the negative connotation around her son’s ‘I hate sandcastles' variation of the meme, she was relieved to see the ‘Success Kid’ variation of it become the one we remember fondly. This picture eventually was copyrighted and found itself being used in advertisements and once even by the president of the USA at that time! His popularity even helped fund his father’s kidney transplant treatment.

Later in the mid-2000s to early 2010 platforms like YouTube, Facebook and Twitter made memes go mainstream. This period also saw the rise of viral videos that were made by common people, with little to no production value. One example of a famous meme from this period is the ‘Overly Attached Girlfriend’ meme. 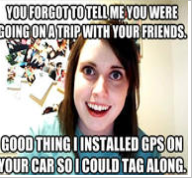 Laina Morris, a teenager at that time, recorded a song for Justin Beiber’s sing-off contest. She wrote and sang a parody version of Beiber’s song ‘Boyfriend’, which was about a clingy girlfriend. The first few seconds of the video consisted of her making strange faces at the camera, which made it very meme-able. Soon, Morris' "Girlfriend" video went viral, attracting millions of viewers and sparking the "Overly Attached Girlfriend" meme.

Enjoying her initial popularity, she made content that gained her a lot of attention. She also got opportunities to interview celebrities on the red carpet in various shows. She used her fame to raise money for charity too. But after a few years, she felt she was going nowhere with her fame, and started experiencing depression and anxiety. After several months of counseling and medication, she felt that moving on from this chapter was the best thing to do. She was grateful for her meme-found status but also wanted to move on to the next phase of her life. 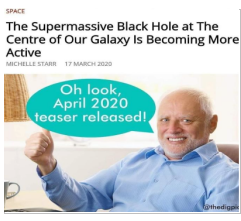 Then in the late 2010s, a new class of edgy memes called the ‘Dank Memes’ came around. This time, a stock photo model had become a meme.

András Arató, a Hungarian electric engineer, became known as ‘Hide the pain Harold’. He was a stock photo model at that time. He was surprised to find himself as a meme and was initially upset when he was featured in memes that were meant to be rude jokes. As people understood that their ‘meme guy’ was a real living person who also has a life, the meme was changed into a more lighthearted and positive format. Eventually, Arató was able to come to terms with his meme status and capitalize on it, to become somewhat of a micro-celebrity. He enjoys his popularity and is often willing to take pictures with people who admire him.

Today, memes have become the perfect vehicle for facilitating information, humor, and opinion, used, shared, and consumed every minute. They help us feel better- that we are not alone in our struggles and help us open up ourselves to others. As entertaining as they are, we must also know our limits and remember that people depicted in these memes too have a life beyond it.