Forest fires is a topic quite alien to India. However, in Australia they are widespread during the summer months, between December to February. During this season, the temperature here rises to an average of 40 C, causing heat waves across the country. This consequently results in trees with dry leaves, and less moisture content in the air, thereby creating an environment that promotes bush fires. This summer especially, the fire has extended to a 570-kilometre stretch across the shore. To relate, this distance is approximately equal to the distance between Chennai and Rameshwaram, which clearly elucidates the severity of the context. Most fires in Australia are caused naturally, but they usually don’t last long. This year though, the spread of fire is alarmingly rapid. 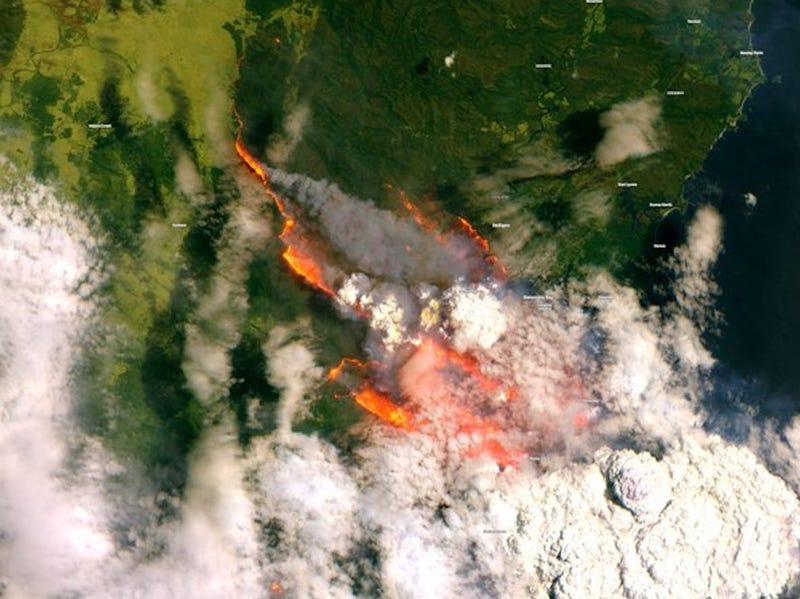 Australia despite being very close to the south pole, has a vast landscape of a desert, surrounded by tropical rainforests. The arid desert regions of Australia experiencing hotter summer catch fire very easily. The rotation of the Earth being eastwards, causes the carbon emission of the forest fire to spread towards the eastern shore. The affected forest area  is 14.6 million Square kilometres (equivalent to half the area of Tamil Nadu) which has been incinerated between September to December 2019. And as a result, a large population of numerous species of animals have been lost in the fire. The death toll has risen to 480 million and is still increasing.

Environmentalists say that animals which manage to escape the fires, will experience loss of habitat and die soon if not given proper care. The smoke produced during the fires is covering up the cites and causing air pollution. The worst Air Quality Index(AQI) recorded during the fire was 2650,  which is 100 times worse than average air quality of Delhi during winter. The amount of carbon dioxide emitted during the bush fire, this Australian summer, is 350 million metric tons, which is equal to 1% of total global carbon emission of 2019. The fires are so pernicious, that smoke from these fire turned the skies orange in New Zealand which is 4000 kilometres away.

When it comes to preventive measures, we expect policymakers to be proactive and figure out ways to reduce the effects of forest fires. However, upon looking deeper into the Australian economy, one can easily determine that they depend more on coal export and mining activities, given that they are the world's 2nd largest producer of coal. They are the largest producer of Eucalyptus oil, whose leaves absorb the moisture content of the atmosphere, creating favourable conditions for fires.

It is high time that both Australia and the world spend more time, money and resources on research in climate change, and discover more sustainable energy sources, thereby reducing the carbon footprint and controlling global warming.