In today’s liberalized global economy supervised by World Trade Organization (WTO), countries have the liberty to source their human capital from anywhere in the world and this has created a global competition to attract and retain talents. Inter-Governmental treaties between countries also promote migration of talents. Given this, it is no wonder that highly educated and skilled individuals (especially from developing countries like India) immigrate to the developed countries (North America, Western Europe, Middle Eastern countries, etc.) with possibilities of higher income and innovation. 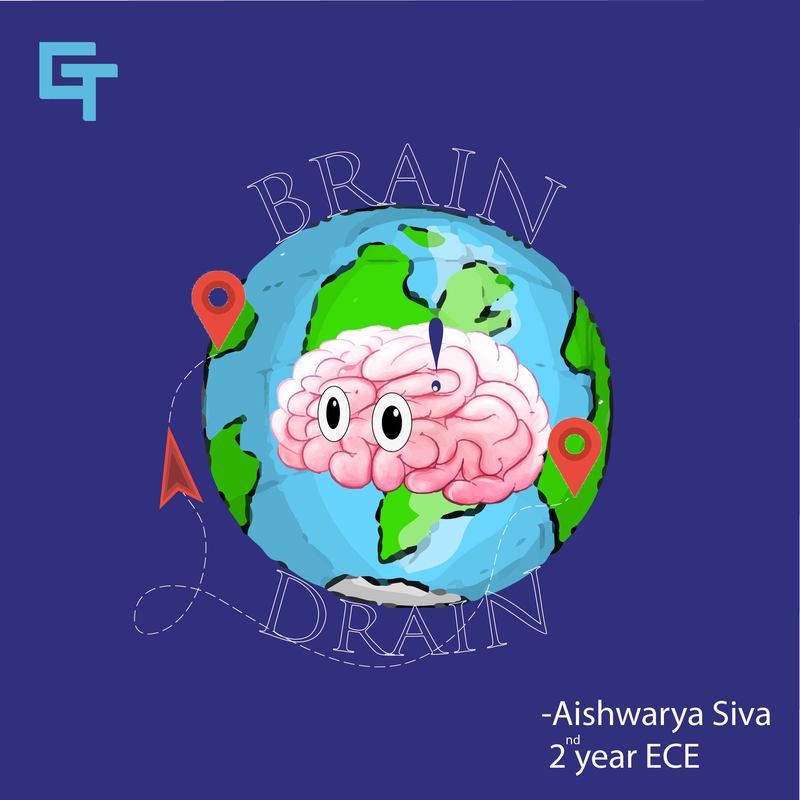 So what is Brain drain? Brain drain is a term used to describe the immigration of skilled and educated people from their homelands to other countries. Though the term brain drain may appear to have a negative connotation, it is not always a bad thing for the country. This is because immigrants send home hard currencies via remittance, which supports the economy significantly and also helps narrow the balance of payments. The net economic effect, though not easy to measure, is more dependent on a country’s position in the economic growth curve. For India which is vying for the second or third position in the world, it is a bad thing.

What causes Brain drain? To put it in a nutshell, lack of competitive opportunity in the native country brews brain drain. Developed economies in Western Europe, Middle East and the North American subcontinent not only provide high remuneration but also create the ideal environment for innovation. It should be noted that human capital thrives in an innovative ambience. In contrast, developing economies like India are stuck in a vicious circle. On one hand, it needs top-notch talent for high economic growth trajectory which can help generate more revenue. On the other hand, it needs revenue to compete with developed economies in retaining talents. We need to find a way to break the vicious circle and create a win-win situation.

Researchers have time and again shown that the factors which impact growth are corruption, nepotism in the government, License Raj, not allocating seats based on merit in educational institution and job vacancies, disproportionate pay compensation due to mismanagement and safety of women.

Let us analyse the GDP domain to get some clues on the segments which have risen and fallen over the past years. We find from publicly available statistics that among the three economic pillars that make up our national GDP, agricultural segment has stagnated at about 18%, industrial contribution has shrunk from 35% to 29% while the service segment has grown from 48% to 53%.

We also find that the major contributor that accounted for the growth of service sector was IT and software exports. The IT service and software exports are completely in the hands of the private sector. Also, the remuneration at software sector is quite close to that of developed nations. Due to the high level of accountability, the private sector has recruitment and reward administration based on merit. In contrast, the GDP contribution from the manufacturing sector has been shrinking. Manufacturing sector is facing intervention from the government, impeding its growth. Government intervention managed by out-dated laws give teeth to bureaucracy and so corruption is the order of the day.

At a time when India is ambitious to double its GDP by 2022 from the current 2 trillion USD to 4 trillion USD, it needs to include a robust plan to retain skilled people in its agenda. This may imply further liberalization of the economy, creation of opportunities for innovation in the workplace, updating laws, ensuring safety of women, eliminating corruption, encouraging merit based allotment of seats in educational institutions and job vacancies and revised remuneration packages.