“It was very easy to die in Auschwitz.

Surviving was a full-time job.”

Blossoms. Butterflies. Hummingbirds. Everything was perfect for the Spring of 1944, or so thought Eva.

Out of the blue, cattle cars came and people in uniforms dragged her, her twin Miriam, her elder sisters, and her parents away. Her dad’s face was pale and lifeless. Tears rolled over her mother’s cheeks and her lips quivered. Eva gently held her mother’s fingers with her own, and her mother gave a soft smile to her, but even Eva could tell that she was breaking down into a million pieces.

They traveled on the carts for four endless days with thousands of people, and everybody looked worse than them. People were crying and constantly muttering words like “hell”, “Jews”, “Auschwitz”, “Nazi”, “kill”. She was hungry and dirty and missed her home terribly. ‘What does all this even mean?’, she wondered. 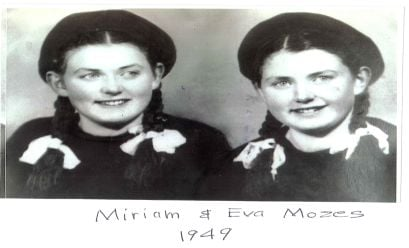 The carts halted, and the doors opened.

She clutched Miriam’s hand tightly and turned around. Her father and sisters were missing.

A Nazi yelled “Twins!” as he rushed towards the pair.

“Are they twins?” he interrogated.

“Is that good?”, her mom whispered. He nodded.

“They are twins”, she said, relieved.

Suddenly, the sisters were dragged out, leaving their last sight of their mothers’ to be of her shrieking in agony.

Eva and Miriam did not know that their family lay dead in the gas chambers. They treaded on the dead bodies of children their age to be sent for experimentation; to Joseph Mengele, the Angel of Death.

With doctorates in medicine and anthropology in one hand, Mengele had a stern vision in the other: To prove heredity, thus his race, was superior in nature. To do experiments, he chose dwarves, Roma people, and most tender-aged identical twins as subjects.

He conducted the most monstrous and inhumane experiments on the children; injecting dyes on their irises to see if they would change in color, infecting them intentionally with pathogenic bacteria, organ transplants on twins without anesthesia, frequent unnecessary blood transfusions, sewing twins together to make them “conjoined” and so on. Children that were twins would have to be naked most of the time for him to compare them. His experiments mostly went wrong and resulted in the death of the children when they did. If one of the pair succumbed to his ghastly hands, he would kill the other to do comparative autopsies. Twins had to see their friends leave and never return. 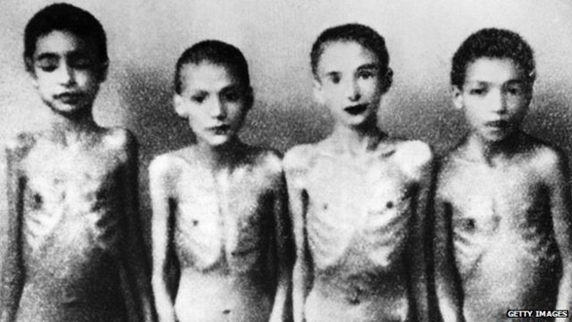 Witnesses have also stated that he ripped an infant off a mother’s womb and burnt it because it wasn’t a twin as he wished for. He also killed about 14 twins in a single night. He had a glass jar full of the eyeballs of dead children, that looked like butterflies.

Near the end of World War II and the defeat of Hitler, Mengele fled, and the twin’s tasted freedom after an eternity of suffering. Of about 3000 kids Mengele held captive, only 200 returned alive, with deeply scarred physical and emotional trauma. Two of them were Eva and Miriam. 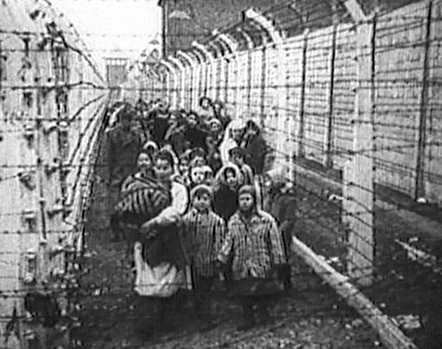 Eva and Miriam both had the will to survive, overcoming death that was cast upon them. They were sent to refugee camps and started a fresh life from there. They founded CANDLES (“Children of Auschwitz Nazi Deadly Lab Experiments Survivors”), a non-profit organization to educate people about the holocaust. They both lived happy, fulfilling lives. Miriam passed away because of cancerous kidneys that stemmed from her stunted kidney growth due to the experiments undertaken on her. Eva passed away in 2019, aged 85.

Despite the echoes of Mengele reminding Eva of her nightmarish youth, she forgave him.

“As a victim of almost 50 years, I never thought that I had any power over my life. I discovered I had the power to forgive. Free from Auschwitz, free from Mengele.

It will heal your soul, and it will set you free.”

Tagged in : Auschwitz, Miriam and Eva,

The last time I learned about war was in school, much like everyone else. However, lessons only emphasised topics that covered who fought with whom or the reason behind the war. War is a terror that has caused horrific incidents which haven’t been br

The Dark Side of Power

The Stanford Prison Experiment, conducted from August 15th to August 20th, 1971, was a role-playing experiment by Stanford University. The purpose of the experiment was to study and examine the effects of different scenarios on the behaviour of the p